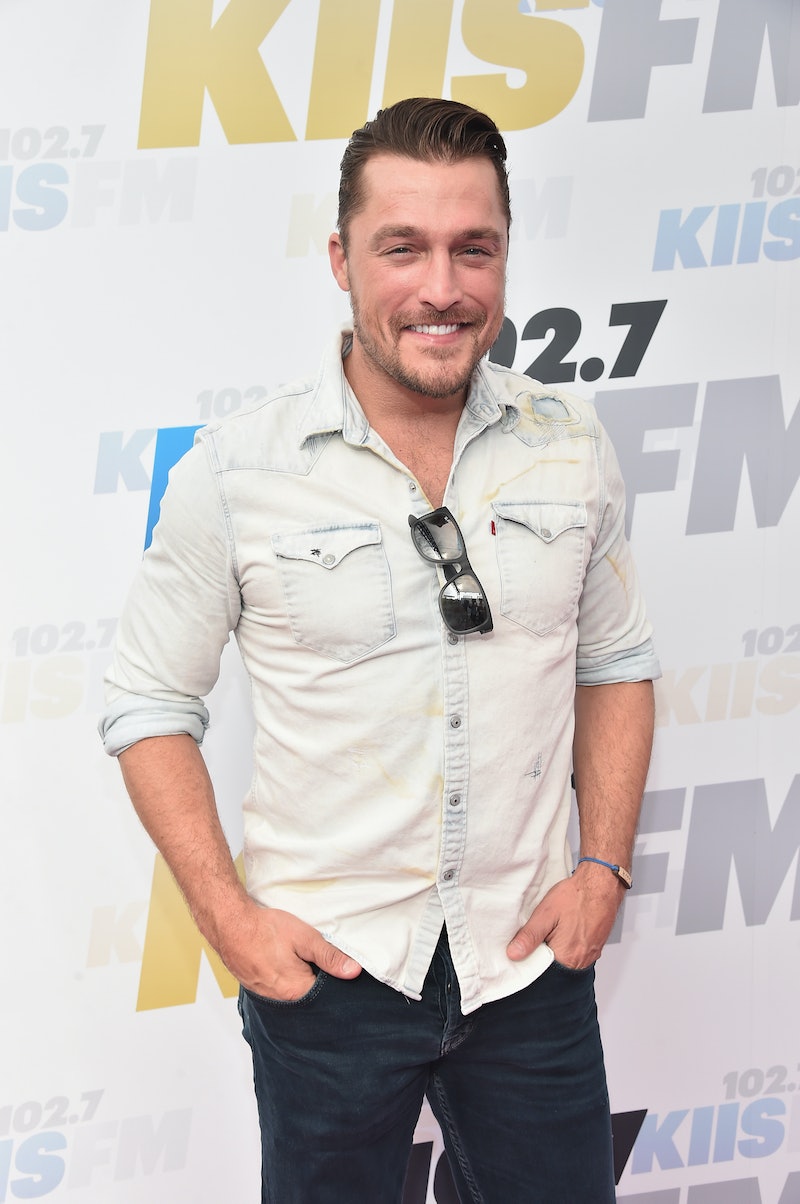 In April, former Bachelor star Chris Soules was arrested for allegedly leaving the scene of a fatal car accident that resulted in the death of a 66-year-old man named Kenneth Mosher. There have been several significant developments in the impending court case this week: On May 15, Soules' lawyers' motion to have the charges dismissed was denied by a judge, and on Tuesday, May 16, Soules entered a not-guilty plea to the felony charge of an alleged hit and run.

According to ABC News, the reality star filed the plea through his legal team and waived his right to be arraigned in an open court. As Entertainment Tonight reports, a judge will have to accept Soules written arraignment before his scheduled court arraignment is canceled. It is currently scheduled for May 23. According to court documents obtained by Us Weekly, Soules and his lawyers reportedly requested a speedy trial.

Police reports from the accident, as well as the released tapes of Soules' call to 911, reveal that the 35-year-old's car hit the rear end of a tractor and both vehicles ended up in a ditch. Soules told the dispatcher that he was involved in an accident and that the other man was hurt. The dispatcher asked if the man was breathing and if Soules knew how to perform CPR, to which he responded "No, I don't". It is being alleged by prosecutors that Soules left the scene before law-enforcement arrived; his lawyers claim he remained on the scene.

Soules' lawyers' motion to have the charge dismissed was based on the claim that he called 911 and waited for first-responders to arrive before leaving the scene. Since this motion was denied, the case will proceed. According to Iowa Local News KCRG, the judge did grant the defense's request to preserve all evidence in the criminal case against Soules.

Chris Soules has retained attorneys Alfredo Parrish, Brandon Brown, and Gina Messamer of the Des Moines, Iowa law firm Parrish Kruidenier to represent him. Brown recognized the heightened level of interest because of Soules’ celebrity status, but asked that members of the public do not prejudge this case based on media coverage. Soules’ 911 call, released yesterday, proved that the initial knee-jerk coverage of this accident was incorrect.

While initial reports suggested Soules fled the scene, the 911 call confirms that Soules in fact was the one who contacted law enforcement immediately. During the call, he clearly identified himself and explained his role in the terrible accident. Soules attempted to resuscitate Mr. Mosher and remained on the scene with him until emergency medical personnel arrived. Soules’ attorneys are exploring the possibility of a gag order to prevent further misinformation from prejudicing Soules’ right to a fair trial.

Soules’ legal team is working to gather all of the evidence and review the facts of this tragic collision. They have already filed a demand asking law enforcement to preserve possible evidence and anticipate filing additional motions next week. His attorneys are confident that once all the evidence is made public, it will show Soules acted reasonably and did everything in his power to provide aid to Mr. Mosher.

Due to the nature of the pending charges, neither Soules nor his counsel will be making any statements at this time. Soules and his family request that their privacy and the privacy of Mr. Mosher’s family is respected. Everyone in this close-knit farming community is mourning Mr. Mosher’s passing. Soules offers his sincere condolences to the Mosher family.

On May 3, Soules' rep released the following statement to Bustle:

Neither Mr. Soules nor his legal counsel will be responding to the numerous tabloid style articles and journalists who have been reporting false and misleading stories by citing "unnamed sources." Rather, they will be focusing on presenting the truth, which will reveal how inaccurate and unfair so many of these news accounts have been. We are confident that the fair-minded citizens of Iowa will do what they’ve always done – reserve judgment until all of the accurate information is properly presented.