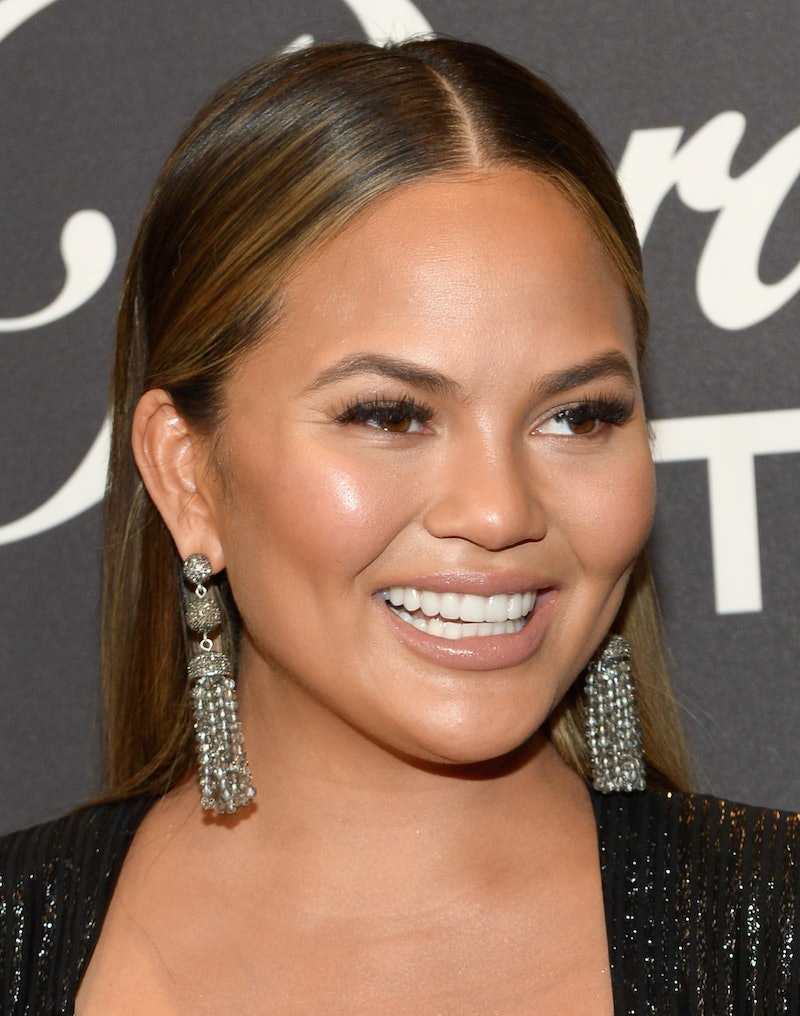 Snapchat is having a rough week, to say the least. After catching some heat from Rihanna about a controversial ad that ran on the app last week, Snapchat is losing another major user: Chrissy Teigen is quitting Snapchat. And if recent events have shown anything, another celebrity giving up on the app might not be a great sign.

The 32-year-old Lip Sync Battle host revealed in a tweet to her nearly 10 million followers on Saturday, March 24 that she no longer uses Snapchat, chalking things up to Rihanna's recent situation with the app along with the fact that many of her fans have apparently had trouble finding her username. She wrote in the tweet,

"I stopped using snap. The update, the constant complaints of people not being able to find me, plus the Rihanna poll...no bueno."

The Rihanna poll Teigen is talking about is Snapchat's latest snafu. In case you missed it, Rihanna publicly called out Snapchat last week after the app ran an ad that made light of her 2009 domestic violence incident with her ex-boyfriend Chris Brown. Brown plead guilty to assaulting the "Love On The Brain" singer in 2009, and he was sentenced to five years probation and 180 days of community service, according to People.

The ad in question featured a "Would You Rather" style question which asked users if they'd rather "slap Rihanna" or "punch Chris Brown." Rihanna responded to the ad via her Instagram story:

"You spent money to animate something that would intentionally bring shame to DV [domestic violence] victims and made a joke of it!!! This isn’t about my personal feelings, cause I don’t have much of them … but all the women, children and men that have been victims of DV in the past and especially the ones who haven’t made it out yet …. you let us down! Shame on you. Throw the whole app-oligy away."

A spokesperson for Snap Inc. responded to the controversy in a statement to Bustle:

"This advertisement is disgusting and never should have appeared on our service. We are so sorry we made the terrible mistake of allowing it through our review process. We are investigating how that happened so that we can make sure it never happens again."

The ad was removed shortly before Snapchat issued a statement, but Rihanna's response had already reportedly done some serious damage by then. According to Business Insider, Snap Inc.'s stock fell more than 4 percent within hours of Rihanna's post.

Rihanna's response to the controversial ad isn't the first time the app's stock tumbled due to an influential celebrity's comments about it. Teigen mentioned Snapchat's latest update in her tweet, which Kylie Jenner also cited as a reason for why she stopped using the app last month. The beauty mogul tweeted the following to her 25 million followers back in February:

sooo does anyone else not open Snapchat anymore? Or is it just me... ugh this is so sad.

still love you tho snap ... my first love

Jenner wasn't a big fan of Snapchat's recent update — which drew complaints from many other users — and the app's stock tumbled 7 percent the next day. Of course, both of these incidents could just be a coincidence, but that's definitely not to say that you should underestimate the power that celebrities have.

It's a little too soon to tell what might happen with Snap Inc.'s stock after Chrissy Teigen's tweet, but as we've seen, celebs do have a lot of influence over social media platforms.