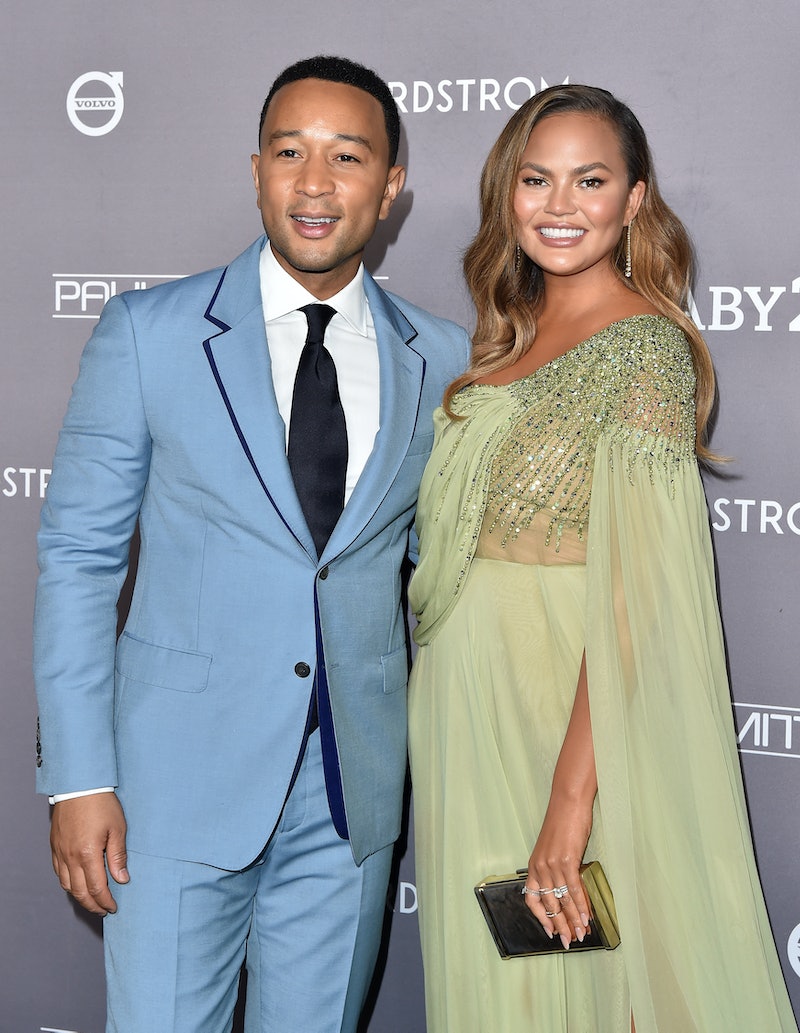 It's official: John Legend is People's Sexiest Man Alive 2019, and, yes, his wife has somethings to say about it. Chrissy Teigen reacted to Legend's Sexiest Man Alive title by being her hilarious self. It's not unusual for Teigen to troll Legend whenever he earns any type of achievement, including when the singer became an EGOT winner in September 2018. And thanks to his November Sexiest Man Alive cover, the Cravings author found another way to celebrate and joke about her husband's latest win.

Teigen can't stop referring to Legend as "the sexiest man alive." She even tweeted how "the sexiest man alive made her a ham sandwich." If that's not enough, the Bring the Funny judge is proudly using the hashtag, #EGOTPSMA, which was crafted by People for the photoshoot. The acronym stands for: an Emmy, a Grammy, an Oscar, and a Tony Award, along with People's Sexiest Man Alive title.

Teigen even shared a reaction video of Luna and Miles, her kids with Legend. She asked them their thoughts on their dad being the Sexiest Man Alive and her Twitter caption pretty much summed up their reactions. "The kids...do not care," she tweeted.

As for Legend, he reacted by sharing side-by-side images of last year's Sexiest Man Alive winner, Idris Elba, and a nerdy throwback of Legend from 1995. "1995 John would be very perplexed to be following 2018 @IdrisElba as #SexiestManAlive," he tweeted. "Hell, 2019 John is about as equally perplexed but thank you @People for finding me sexy. I'll take it."

Teigen continued to troll Legend by replying, "this is actually like, one of your better photos from those days." She later tweeted asking to see a picture of Elba from 1995 and admitted that he was probably "still very hot" back then too.

Though, to be fair, Teigen probably won't stop celebrating her husband's new title any time soon — no matter how hot his predecessors are.