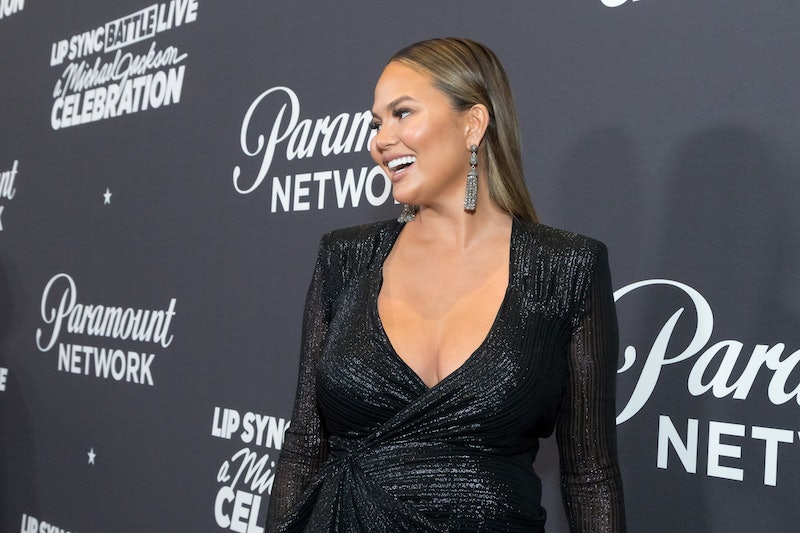 Oh, what's that? You want some more clues from Chrissy Teigen regarding the Beyoncé anecdote that Tiffany Haddish shared? Coming right up. After Haddish's profile with GQ hit the internet on March 26, the Cravings author tweeted that she was determined to find out who reportedly bit Queen Bey's face, an anecdote Haddish shared to GQ. When GQ asked Beyoncé’s rep about this story, she replied, “I absolutely cannot comment on any of this, as I have no knowledge.”

It only took a few hours, but she might've figured out which actor allegedly touched Beyoncé's face with her denticles. But uh, she's keeping what she may or may not know to herself. Back in December, the Girls Trip star met Queen Bey for the first time at an after party for a JAY-Z concert. This was also the night of the chomp-cident. As she told GQ, there was an actor in attendance who "bit Beyoncé on the face.” Haddish offered to defend Queen Bey’s honor, and, according to Haddish, Queen Bey said that wouldn’t be necessary, and the incident will forever live in infamy.

Back in January, Haddish had hinted to Vulture about some situation taking place the night she met Queen Bey. She told the site,

“Okay, so what had happened was, something had went down with somebody at the party, right? I’m not at liberty to say what had went down at the party, but Beyoncé was just telling me to have a good time, and I was like, ‘No, I’m gonna end up fighting this b*tch!’ She was like, ‘No, have fun, Tiffany,’ and I said, ‘I’m only going to have fun if you take a selfie with me.’”

And so, they took a selfie.

Little did any of us know that this selfie happened after someone bit Queen Bey on the face. Well, until now, that is. Understandably, just about every single person who read the fantastic GQ profile is dying to know who would dare bite Beyoncé on the face. And Teigen happens to be one of the many people itching to get to the bottom of this mystery.

Early Monday morning, Teigen tweeted, “I cannot leave this planet without knowing who bit Beyonce in the face.” She added, “I can only think of one person who would do this. But I cannot say. But she....is the worst.” Oh?

But that would not be the end of Teigen's quest for the truth. A few hours later, she wrote, “My initial guess was wrong. The real person? I *never* would have guessed. I’VE SAID TOO MUCH.”

Later on, she added, “I AM NEVER TELLING I’m scared I’ve said too much KNOWLEDGE IS A CURSE!” And a few minutes later, she wrote, “Update it is NOT the person I think is the worst. IM DONE.”

Wow, she does know who it is? But it is not the person who she thinks is "the worst"? If she really does know, who told her? And she's not going to spill? Ugh. Fine. Fiiiiiine.

Haddish has only posted one tweet about the matter, and it was to confirm that Taraji P. Henson was not the actor who bit Beyoncé. As Vulture reported, actors Sanaa Lathan and Sara Foster deny biting Beyoncé.

And before you start thinking Teigen is too fixated on this story (it isn't possible to be too fixated on this bonkers story, but whatever) and that her concern is getting to be a tad suspicious, the Lip Sync Battle co-host has confirmed that she is not the Bey biter. “I had to verify with john it wasn’t *me*," she tweeted.

Teigen may have the answer, but as for the rest of us? The mystery of who did or did not put their teeth on Queen Bey on that cold December night lives on.