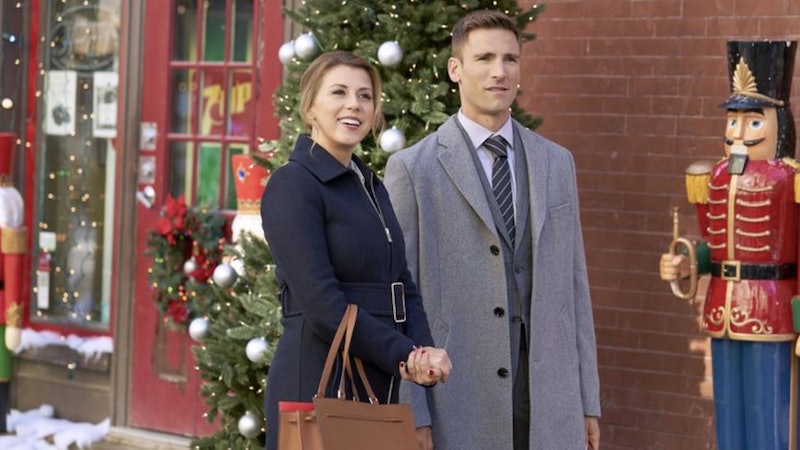 Described on its website as “Comic Con meets small town holiday festival,” Christmas Con will feature all manner of holiday-themed delights. There will, for example, be a “Christmas Market” full of gifts, decorations, and treats made by local artisans; a “Town Square” where you can meet the big guy himself; an ugly sweater contest; the “1st Annual Gingerbread Wars” competition; and, of course, celebrity guests — lots and lots of celebrity guests, most of whom have starred in a Hallmark Christmas movie at some point in their career. Panels will allow attendees to participate in Q&A sessions with these guests; what's more, photo ops also will be available. There’s even going to be a concert featuring Alicia Witt and Paul Greene (both of whom, by the way, have starred in a truly staggering array of Hallmark movies). Oh, and the convention organizers will be collecting toys to donate to Toys for Tots at the event, too, ensuring that the spirit of the season reaches far beyond the walls of the New Jersey Convention and Expo Center at the conclusion of the festivities.

Christmas Con is organized by That’s4Entertainment, a recently-created event planning company that “focuses on creating meaningful and memorable experiences for both fans and celebrity guests alike,” according to its About page. Indeed, Christmas Con appears to be the company’s first event; the earliest posts on the @Thats4Ent Instagram page, which date back to July 2019, focus solely on Christmas Con, while the thats4entertainment.com domain was only registered in March, per its WHOIS info. But even though That’s4Entertainment appears to be something of a fledgling, it looks like it’s putting together quite the event: The list of celebrity guests include names like Lacey Chabert, Chad Michael Murray, and Danica McKellar; the schedule of panels looks chalk-full of fun; and, most impressively, the Hallmark Channel recently came aboard as the convention’s official sponsor.

The convention will occur between Nov. 8 and 10 at the New Jersey Convention and Expo Center in Edison, New Jersey, giving attendees three days of nonstop holiday spirit. On Friday, events will run between 5 p.m. and 11 p.m.; meanwhile, on Saturday and Sunday, events will start bright and early at 10 a.m. and run until 7 p.m. on Saturday and 5 p.m. on Sunday. The panels are free for anyone with a general admission ticket to the convention; tickets for the concert and celebrity photo ops, however, are separate, although you can attend the concert without having a general admission ticket.

On that note, though, I do have some unfortunate news: Christmas Con tickets are already totally sold out. All general admission tickets were gone as of Oct. 12, with the concert tickets going shortly thereafter. But hey, at least we can all follow along with the convention’s Instagram and Twitter accounts as it happens; there’s something to be said for living vicariously through social media when you can’t attend specific events in person.