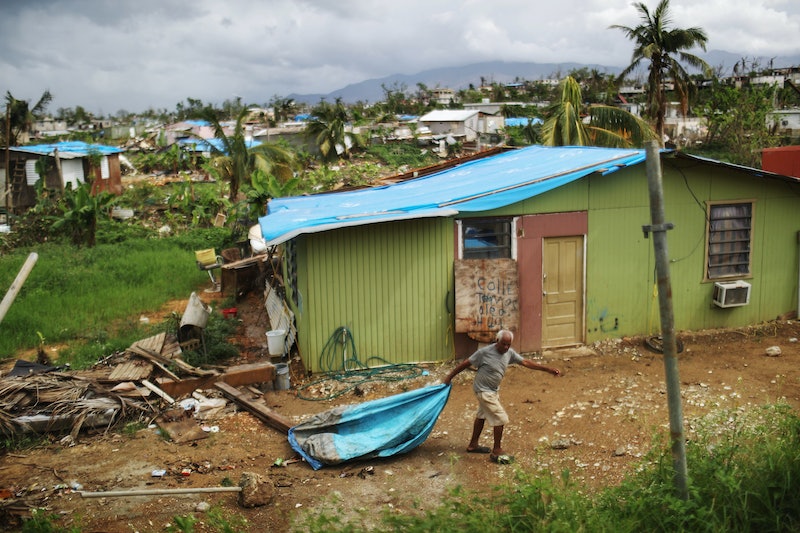 In the wake of the landmark United Nations report on climate change comes more concerning environmental research. The UN report, issued by the Intergovernmental Panel on Climate Change, already painted a devastating future full of food shortages, coastal flooding, and wildfires by as early as 2040 if global sustainability efforts aren’t made soon. But in case you needed another reason to take climate change seriously, researchers have found that a rise in global temperatures is associated with an increase in mental health issues, linking the effects of climate change to mental health.

The study, published in Proceedings of the National Academy of Sciences of the United States of America, used the self-reported mental health data of nearly 2 million Americans from the Centers for Disease Control and Prevention (CDC), according to CNN. The study combined that information with daily meteorological data from 2002 to 2012. The team also looked at individual cities’ warming and mental health reports, where they found that a temperature increase by one degree Celsius over the course of five years was linked to a two percentage point increased presence of mental health issues. The results also associated experience with hotter temperatures to worsened mental health.

Assessing the mental health reports of people affected by Hurricane Katrina to reports from comparable areas that hadn’t experienced such a natural disaster found that exposure to tropical cyclones was also linked to worsened mental health. This is especially notable considering that the “intensity, frequency and duration” of North Atlantic hurricanes, as well as the frequency of Category 4 and 5 hurricanes (the strongest classifications), have been on the rise since the 1980s, with hurricane intensity and rainfall projected to increase as global warming continues, the National Climate Assessment wrote. The research also showed that women, people with existing mental health problems, and low-income individuals were the most vulnerable to the studied effects of climate change.

The study builds on a growing body of research into the psychological impacts of global climate change. An article published in 2011 posited three classes of psychological impacts associated with climate change: psychosocial (like the chronic community effects of droughts, migrations, and post-disaster adjustment), direct (the immediate effects of extreme weather events on an individual), and indirect (including “threats to emotional well-being” based on observation of impacts and uncertainty about the future). A discussion paper published this June focused on potential recommendations and interventions in order to address the mental health consequences of climate change, explaining how extreme weather events can trigger issues like post-traumatic stress disorder, anxiety, and depression, as well as “incite despair and hopelessness” due to the overwhelming threats of climate change.

More research is needed in the area, but the relationship between climate change-induced environmental stressors and mental health seems like yet another important reason to help fight climate change.

More like this
Here's How To Support Jewish People Amid Rising Antisemitism
By Hannah Orenstein
I Visited Remedy Place, The Social Club Transforming The Wellness Industry
By Rachel Lapidos
Hailey Bieber Has A "Painful" Ovarian Cyst "The Size Of An Apple"
By Radhika Menon
The 8 Best Pilates Exercises For Lower Back Pain
By Carolyn Steber
Get Even More From Bustle — Sign Up For The Newsletter