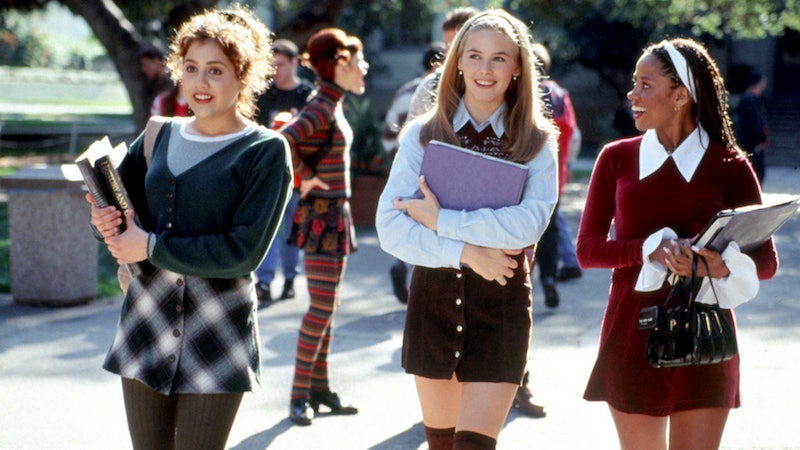 Travis and Tai forever. Breckin Meyer honored his Clueless co-star Brittany Murphy on the anniversary of her death. On social media on Friday, Meyer remembered his late co-star 10 years after her death with a GIF of the two as love interests in the 1995 film Clueless. Meyer played the Travis to Murphy’s Tai, two Bronson Alcott High School teens who fell in love thanks to skateboards and one doomed party in the Valley.

Accompanied by a black-and-white GIF of Travis giving Tai a kiss on her head, Meyer wrote on Twitter, “10 years ago this magical, fantabulous angel left us WAY too early. So crazy talented & the sweetest lil fairy ya ever could meet." He added, "Full Disclosure: Travis kisses Tai on the head because Brit was always like a lil sister to me.”

Meyer concluded, “Missing Brit lots today.” Murphy died unexpectedly on Dec. 20, 2009 from pneumonia and anemia after she was found unresponsive in her Hollywood Hills home, according to the Los Angeles County’s coroner’s report. She was 32. Her death was ruled as accidental with no suspicions of foul play, as per a PEOPLE report published at the time.

In March, the Clueless cast reunited and reminisced about their late co-star at the Chicago Comic & Entertainment Expo. “She was so incredibly talented,” Meyer said at the time. “Ridiculously talented. Like, you see Tai, and then you watch 8 Mile, and you’re like, ‘That’s the same person?’”

Alicia Silverstone, who played the film’s central character Cher Horowitz, echoed Meyer’s sentiments when she recalled Murphy’s audition. “I remember just being blown away by what she did in the room and thinking I had to tell [director Amy Heckerling] just in case she didn’t know that Brittany Murphy was the one that had to play the part,” Silverstone said. “I’m sure they figured that out on their own.”

On Friday, several fans took to Twitter to remember the late actor on the 10th anniversary of her death. One user wrote, “10 years since the passing of one of my favorite actresses. Sometimes talent is taken too soon. 32 is definitely too early. Rest easy, Brittany Murphy.”

Another tweeted, “10 years on and a lot of us still think of Brittany Murphy today.”

Actor Rosario Dawson joined the chorus of tributes and retweeted a set of photos with her late friend. She wrote, “Brittany before hashtags Murphy..."