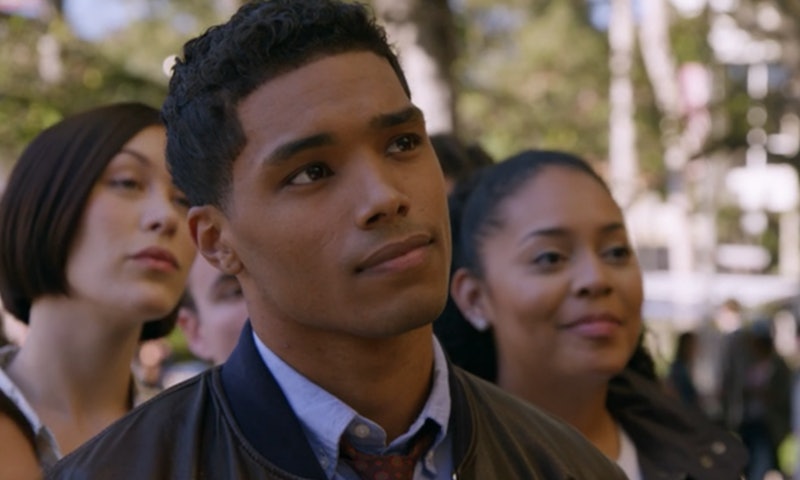 How to Get Away with Murder can’t resist ending every season with at least one major cliffhanger. It looked for a while like the most recent finale would be a happy resolution to an emotionally taxing season. But, leave it to Frank Delfino to rock the boat with a shocking new revelation. Spotting a young man named Gabriel Maddox (Rome Flynn) at a college tour, he makes a phone call to an unknown person, saying, "Her kid is here." Fans have speculated that Bonnie might be Gabriel's mother on How To Get Away With Murder but there are a few compelling reasons why that may not be true.

Season 4 ends with most of the main characters finding a new sense of peace. Annalise Keating wins her Lahey v. Commonwealth of Pennsylvania case. The Keating Four are as happy as they can be given the wild ride they have been on since they enrolled in law school. Laurel Castillo wins her war against her shady parents to regain custody of her baby. Asher is living in Wes Gibbins’ old apartment. Michaela is moving on after her cheating scandal. And Connor Walsh is heading back to law school and marrying his boyfriend Oliver. Finally, Annalise has mended fences with Bonnie and Frank. But Gabriel’s sudden appearance might stir up some more drama in Philly.

The speculation about Bonnie being Gabriel’s mom was stirred up largely by to an unearthed clue about her past. Previous episodes revealed Bonnie’s tragic childhood, which included sexual abuse by men her father pimped her out to, as well by her father himself. She was pregnant at 15 and told that her baby died, but Nate found her file with a handwritten note saying “Child Alive?” The show's Twitter page played into the drama with a photo of the note plus an all-caps caption.

This is a compelling piece of evidence, for sure, but here are a few reasons why this theory is probably not true.