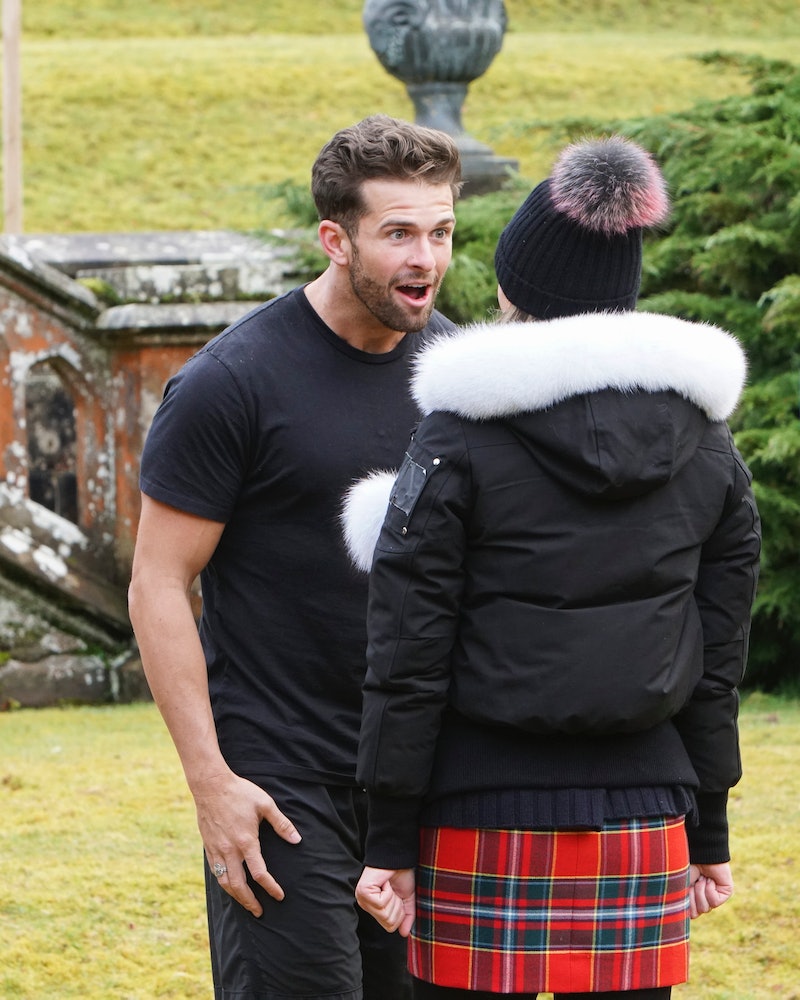 Jed and Hannah obviously have a strong connection on The Bachelorette, but it's too soon to say if that's enough to land him the final rose. If not, there are a few clues Jed could be the next Bachelor. Yes, even in spite of his recent controversy.

First, let's review. On June 18, People published a report in which aspiring musician Haley Stevens claimed Jed was still dating her when he went on The Bachelorette. Bustle reached out to Jed for comment, but has not yet heard back. However, Jed did address his Bachelorette controversy on Instagram, writing:

Stevens claimed she met Jed last October in Nashville and that they'd been dating for several months before he left for filming. "We spent the night together the night before he headed to L.A.," she claimed to People. "He told me [the show] was just an obstacle and we'd be stronger on the other side because of it."

According to Stevens, the two planned to pick up where they left off when he got back, but he reportedly ghosted her upon his return to Nashville and the two didn't speak until she ran into him at a music venue last month. ""He said, 'Hey how have you been?' and I said, 'How do you think I’ve been?'" Stevens claimed. "I asked him, 'You didn't think I deserved a phone call?' And he said, 'I didn't know what to say.'"

Regardless of what Jed eventually says, fans have made their allegiances clear. "i just- i'm sorry but i used to like u but then ya failed us jed. u really failed us," wrote one follower on the same post. "Yoooooooooooooooo I Hope Hannah dumped u," commented another. So if ABC were to choose Jed as the next Bachelor, it would certainly invite a lot of opinions.

However, that could be exactly why they pick him. The Bachelor franchise has been known to stir the pot, and while generally, the Bachelor is someone who viewers like and want to root for, that's not always the case. Nick Viall wasn't exactly a fan favorite before he became the lead in Season 21, and Juan Pablo may be the most hated Bachelor in the show's history. So even in light of this controversy, Jed isn't totally out of the running; a redemption arc sounds like the Bachelor producers' dream.

Beyond that, we haven't heard Jed's side of the story, and up until this all went down, he seemed pretty likable. His honesty with Hannah earlier on in the season was refreshing: we know not everyone goes on The Bachelorette to find genuine love, and that he was upfront with Hannah seemed to show character. He was very well aware that admitting he signed up for the show in order to bolster his music career could've sent him right out the door, but he told Hannah anyway, because he seemingly had real feelings for her and didn't want to start a relationship based on secrets. How much merit that holds now, we don't really know, but don't count him out as a Bachelor contender just yet.