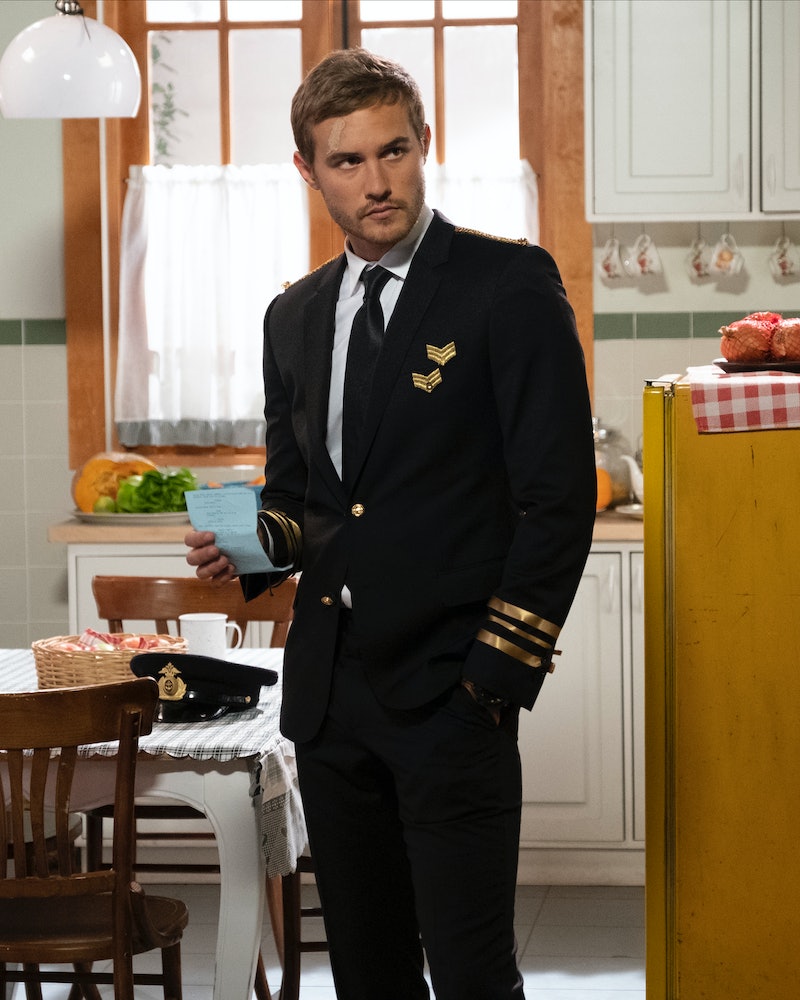 Peter Weber is determined to find his future wife on The Bachelor. But just because you really want something, doesn't mean it's guaranteed to happen. In fact, there are actually a few distinct clues out there that suggest Peter is single after The Bachelor and doesn't end up with anyone by the end of his journey. It may not be the love story that either fans or Peter had in mind, but as it stands now, all signs point to the very real possibility that this handsome pilot will still be flying solo when the season comes to a close. And here's why...

While appearing on Live with Kelly and Ryan on Tuesday, Feb. 4, Peter revealed that he doesn't have any Valentine's Day plans this year. That's because he's chosen to go to work on that day rather than spend it with a special someone. “Actually, I’m flying," Peter stated when co-host Ryan Seacrest inquired about his Feb. 14 dinner plans. "I’ve got a trip, I’ll be at work.” Peter has proven to be a romantic at heart, so you'd think that he would jump at the chance to spend Valentine's Day with his Bachelor winner. That is, unless there is no winner.

During that same chat with Seacrest and Ripa, Peter went on to describe that he feels "very happy" with how things played out during his season and admitted that he walked away with very few regrets. “I followed my heart until the very last second of this whole experience,” he told the two morning talk show hosts. “I’m in a good place.”

Back in December 2019, Peter used similar phrasing when speaking to Access about the end of the season. “It was a tough one, but I followed my heart the entire time,” Weber said. “I can say I am happy right now. I am in a very good spot and you’ll see in a couple more weeks.”

Statements like "I'm in a good place" or "in a very good spot" aren't things someone would normally saying if they're happy and currently in love. It projects the sense that you're doing well, even if things didn't go according to plan, and you've grown a lot and learned more about yourself. Maybe he's doing that intentionally to throw us off the trial. But then again, maybe he isn't.

Even He Doesn't Seem To Know What He Wants

Peter has been making some rather confusing decisions ever since the season began. From spending almost an entire group date with his ex, Hannah Brown, to eliminating Alayah only to bring her back (then give her a rose, and then send her home again), it's pretty clear Peter doesn't really know what he wants. That type of uncertainty is dangerous, especially at this point in the season, which could indicate that he'll ultimately realize he shouldn't be with anyone — at least for the time being.