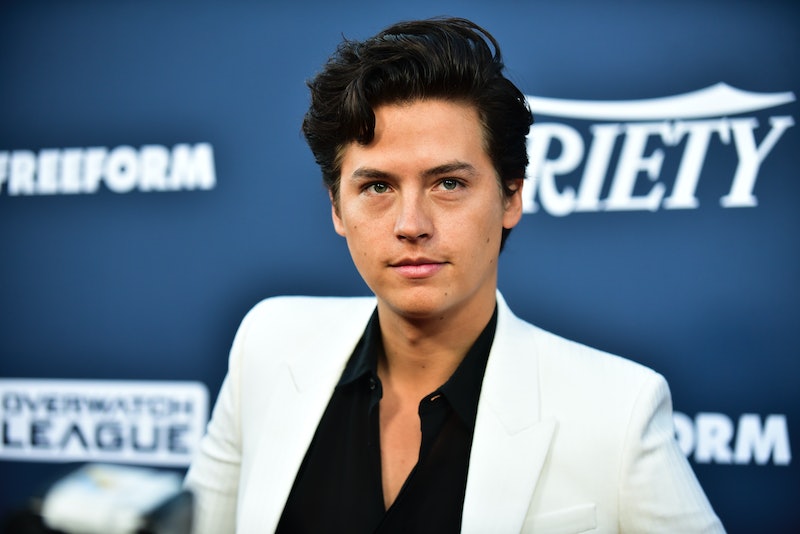 It's been over a decade since The Suite Life of Zack and Cody first premiered on the Disney Channel, but the show's stars aren't planning to check back into the Tipton Hotel any time soon. During a recent appearance on The Tonight Show Starring Jimmy Fallon, Cole Sprouse said he doesn't think a Suite Life revival is a good idea, even though several other Disney Channel sitcoms have been rebooted over the past few years.

"I don't think it should be done if I'm being honest," Sprouse told host Jimmy Fallon. "I think there's a huge potential to kind of demolish that perfect little golden memory of a program if you go back and you revive it." After admitting that he's "not the biggest fan of the sequel and the spinoff thing" in general, the Riverdale star revealed that he doesn't even think he'd be able to play Cody Martin properly again as an adult.

"I think if enough time elapses, everyone who comes back to a program like that — they're not really in the same headspace," Sprouse explained. "So, to try and capture the same feeling that it was, in at least my childhood ... I don't know how it would feel."

Still, he understands why fans want to see more Suite Life episodes one day. "Even the way I remember a lot of those kids shows that I grew up on .... they sort of fit within this golden, nostalgic little bubble." He continued, "So, there's always this tendency to glorify the things that we grew up with, especially the programming we grew up with."

This isn't the first time that Sprouse has shared his hesitation about a potential Suite Life reboot. Back in 2017, he told Bustle that neither he nor his brother, Dylan, would be interested in reprising their roles as adults. "My brother and I have a profound nostalgia for our youth, and I think people need to come to terms with things leaving and being gone," Sprouse explained.

Still, the Sprouse brothers are interested in working together again one day — even if they're not playing Zack and Cody. "We’re talking about something right now actually that we’ve been developing together with a close friend of ours," Dylan told People in March. "It has to be the right thing for sure. But it is something that we’re not adverse to and we’re actively discussing." And if the "right thing" happens to have roles in it for both Brenda Song and Ashley Tisdale, even better.