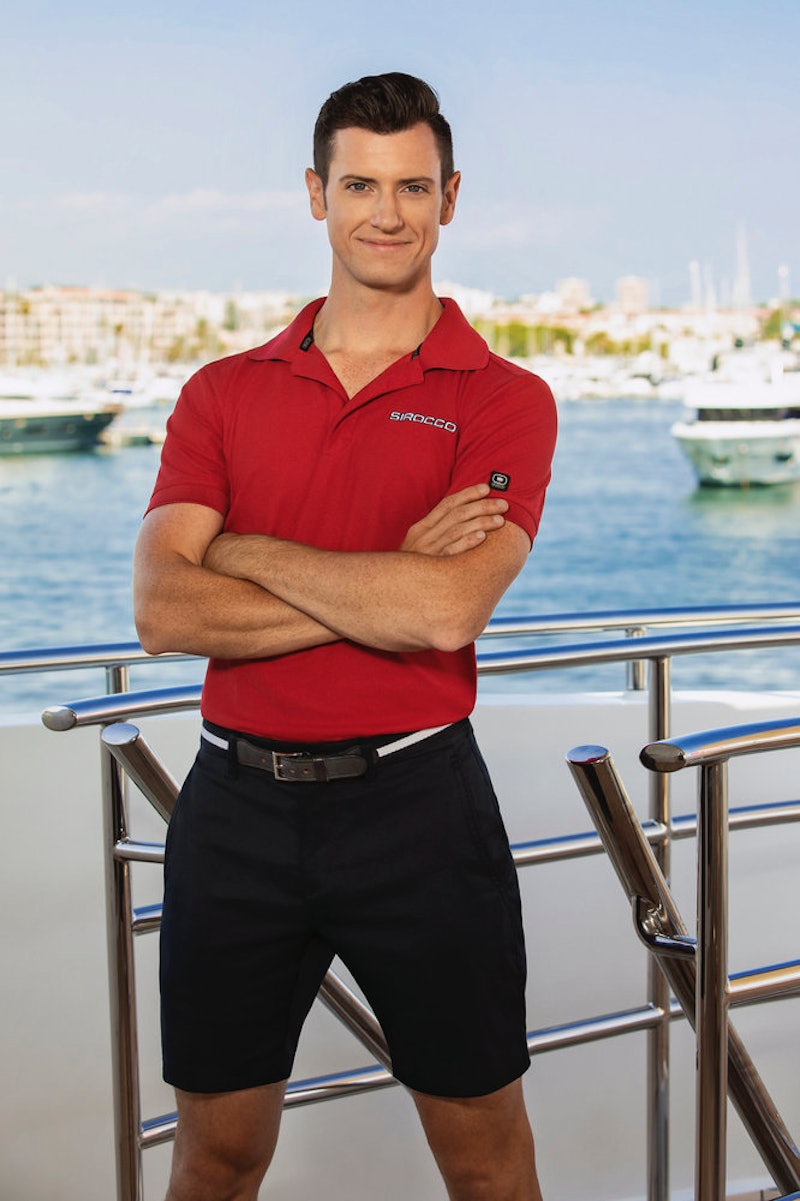 Between the demanding charter guests and the overworked crew members, there is a lot of drama on Below Deck Mediterranean. So much happens in every single episode and the story lines progress very quickly. One person who doesn't get a lot of camera time is Below Deck Med deckhand Colin Macy-O'Toole, but this is actually a positive thing considering the reasons.

Colin puts his all into his job, while some of his peers' storylines center around slacking at work. He is always respectful of the crew members and the guests, something that cannot be said about every crew member. He instigates zero drama. Again, this far from the norm on thi show. When it comes down to it, he is just a standup guy. And, unfortunately. that doesn't always get a lot of shine on reality TV.

However, there was a major storyline during the Aug. 19 episode. Colin asked Captain Sandy Yawn to give his deckhand position to Third Stew June Foster after she got fired when Anastasia Surmava gave up her role as the interim chef and took over June's role.

Even though there isn't nearly enough time on Below Deck Med devoted to Colin, there are other ways to get to know the deckhand. And that's where Instagram comes in. Of course, social media doesn't tell an entire story, but neither does a reality TV show. There is a lot to learn about the Below Deck Med favorite just by scrolling this his Instagram page.

He Loves To Rap

Viewers saw Colin's musical stylings during a Season 3 episode when Hannah Ferrier had him rap for a charter guest's birthday. Now, Colin drops a new rap every week recapping the latest Below Deck Med episode.

He Has A Girlfriend

Colin has crushed on Below Deck Med costars Brooke Laughton and June Foster, but he never actively pursued them. Don't cry for Colin though. On a July 29 Watch What Happens Live With Andy Cohen appearance, Colin revealed that he is dating a "Long Island" girl, but he didn't give any other details.

He Is Friendly With His Below Deck Med Costars

Even though Colin admitted that he had a disconnect with some of the Season 4 cast members, he does actually get along with them and has seen some of them post-filming. No one is surprised by this though. He really is such a sweetheart.

He Hangs With Below Deck Crew Members

Aside from getting along with his costars, Colin has connect with cast members from the original Below Deck show. Colin is friendly with Below Deck Season 6 stars Josiah Carter, Ross Inia, and Chandler Brooks. He hung out with a mix of Below Deck and Below Deck Med crew members in New York. Colin has even spent time with beloved Below Deck star Captain Lee Rosbach.

He Is A Proud Long Islander

Below Deck brings together crew members from different places all over the world. Colin is a proud Long Island native through and through.

He Is A Mets Fan

It's not too surprising that the New Yorker is a Mets fan, but he does have two New York baseball teams to choose from, so it wasn't exactly a given.

His Bromance With Joao Franco Is Going Strong

Colin and Joao Franco's friendship goes beyond the boat. Joao hung out with Colin and his parents in their hometown. How bromantic!

Some reality TV stars stand out for picking fights and getting into controversy. In contrast, Colin gets a lot of love for being a decent guy who just wants everyone to be happy.

More like this
David Schwimmer & Gemma Collins Join 'Celeb Bake Off' & Twitter Can't Cope
By Sam Ramsden
Twitter Has No Chill As The 'Love Island' Villa Descends Into Chaos
By Darshita Goyal
Twitter Has Renamed Ekin-Su After *That* 'Dancing On Ice' Performance
By Sophie McEvoy
This Pre-'Love Island' Video Of Olivia & Zara Together Changes Everything
By Bustle UK
Get Even More From Bustle — Sign Up For The Newsletter
From hair trends to relationship advice, our daily newsletter has everything you need to sound like a person who’s on TikTok, even if you aren’t.