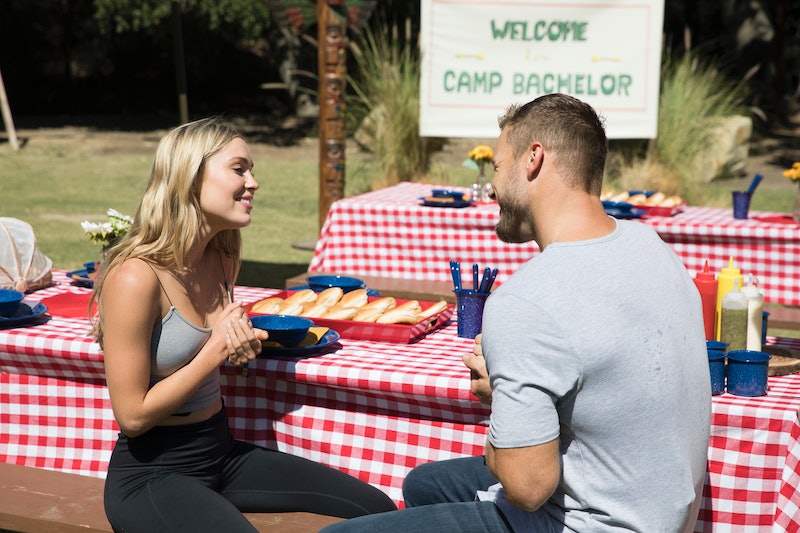 Well, as Ferris Bueller once said, life comes at you fast — how else could we explain watching Cassie and Colton break up in one day on The Bachelor, with her trying to leave him in Portugal, only for him, in the next day, to convince her to be with him again? I mean, they couldn't write this stuff, right, Bachelor fans? Alas, Colton and Cassie made up on The Bachelor, but their relationship is not a total victory. Fans watched it all go down, and man, they were not thrilled. It was awkward and even heartbreaking to watch go down.

Let's catch everyone up — once Colton finished his Portugal tour of breaking women's hearts (or just Tayshia's and Hannah G.'s), he set his sights on figuring out what to do next. He wanted off the show, he told Chris Harrison. He didn't want to do this anymore, he told Chris Harrison. He said that he felt unlovable and was done with rejection — hence jumping a fence.

But here, something was different — because Cassie hadn't yet left for the United States after dumping him, Colton took it upon himself to go to her hotel room (accompanied, of course, by the show's production team) and throw himself upon the altar of love for Cassie. In other words, he begged.

"I'm not sitting her asking for marriage. I'm sitting here asking for a second chance," Colton told Cassie, and he willed to just take their relationship "day by day." This is not a move that I ever thought Colton would make — he seemed like the type to demand adhering by The Bachelor playbook, having spent the whole season worrying about women who weren't there for the "right reasons." Cassie could seemingly sense how strange things were going. "I don't want you to give up things. I feel like in the future, that would make you resent me," Cassie said. Girl, when you're right, you're right. But after some more sweet nothings and hugs, Cassie and Colton rode off into the sunset together to Mallorca, Spain, just to meet his family.

And this is where things became severely messed up, because Cassie had already made up her mind the first time to not be with Colton. She didn't want to be with Colton in this way, and yet he chased her down and essentially begged.

Why can't we listen to what a woman says and not think that she has to be "won back"? If any Bachelorette did this, she'd be marked as "psycho" and "controlling," but it's somehow cute when Colton does it. All The Bachelor has managed to do was take away Cassie's agency.

Fans weren't feeling it, either.

She's in a tough situation.

...And Many Thought Colton Was In The Wrong

Maybe he should, uh, listen to her?

Right now, it doesn't seem like Cassie is in love with Colton. It seems like one of those relationships that one forces themselves into because one feels too bad to hurt the other person's feelings. Have you ever not broken up with someone because you couldn't stand to see your partner hurt, even though it was directly against your own good?

Watching Cassie meet his family in Spain felt a lot like that. Hopefully things go well for them going forward and they can find a way to get past all of this drama that happened in front of the cameras, because right now, it just feels all sorts of awkward.