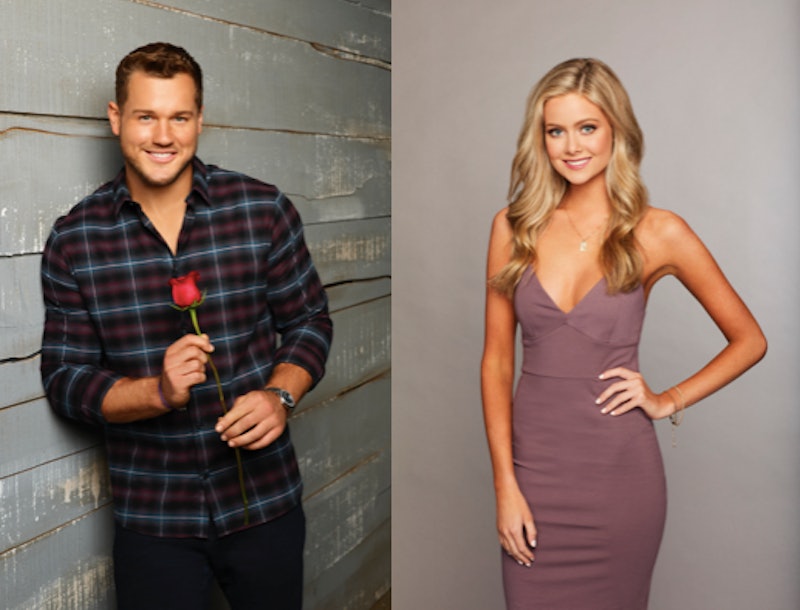 By this point, everyone knows that Colton is into Cassie and that he's absolutely heartbroken that Cassie has opted to peace out and fly back to the rolling shores of Huntington Beach, California. Well, everyone knew that, except for Tayshia and Hannah G., who didn't even know that Cassie had left when Colton knocked on their respective doors. Breakups on The Bachelor are always difficult, but there's something particularly jarring about Colton's latest split — Hannah G. and Colton's breakup on The Bachelor was way more upsetting for both of them than fans originally thought given their talk during the live finale.

Colton's fantasy suite dates were unprecedented, and that's saying something, because The Bachelor has really flown off the rails in the past few years. Colton went out with Tayshia and had a great time. Then, he went out with Cassie, she left him, he told her he loved her and that she was the one, and she still left. He jumped a fence, hid from producers, and vowed to quit the show. How is Hannah G.'s date supposed to be a success after that?

Spoiler alert: It's not. The poor girl never had a shot, and now America had to sit and watch her get her heart smashed in a million pieces. Hannah G. just really never saw it coming; in fact, she said over and over again on Monday night that she thought she was going to be his first fantasy suite date. That explains the bottle of champagne she had out on the coffee table that sat there, un-popped while Colton explained why he couldn't be with her.

This is where words get Bachelors into trouble. People like Colton (and Ben Higgins, and Nick Viall, just off the top of my head) say things like "I'm falling for you" or "I love you" or "I'm in love with you" to multiple women and then expect those women not to fully break down when they're left in the lurch. I mean, come on, Bachelors! This isn't rocket science! Hannah G. didn't take Colton's breakup lightly because Colton said and did so many things to make her think that she was the one. During her talk on the live finale she said that he had told her that he wanted her to be "the one" at the end of the whole "journey," which is also what he said to Cassie. It makes sense that Hannah G. was blind sided (her words) by Colton, if that was really the case.

While Tayshia took the few months between filming and the finale to come to terms with the breakup and find herself, it's obvious that Hannah G. had a different experience. Her live meeting with Colton on Chris Harrison's stage didn't have nearly the same tone as Tayshia's did because Hannah G. Wanted. Answers. And she wanted Colton to give them to her then. Why did Colton say that she was the one? Why did Colton tell her he wanted to be with her? How could he do all of these things when it all ended up to be false?

These are questions Colton couldn't really answer, because when you're involved in something like The Bachelor, the situation and the pressure of filming add fuel to an emotional fire that may putter out if it weren't for the cameras. Everything is heightened — which is why so many couples don't go the distance at the end. They barely know each other, and it shows. In the end, Hannah G. didn't get all the answers she wanted, but she did recognize that she deserved a great relationship. It's this realization that will help her find her true love, far away from the cameras.