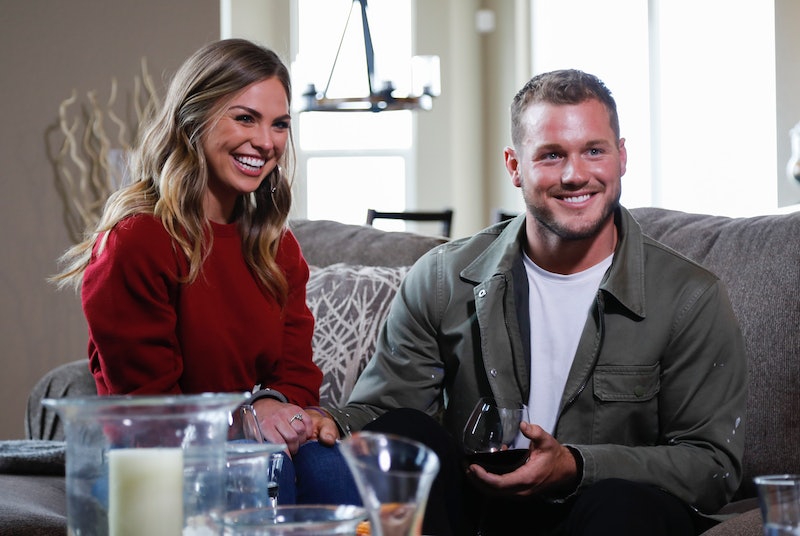 When it comes to juicy Bachelor secrets, Colton Underwood is ready to spill some serious tea. His new memoir, titled The First Time: Finding Myself and Looking for Love on Reality TV, debuted on Tuesday, March 31, and it provides some very interesting details about the former football player's time on the franchise, particularly in regards to his relationship with Hannah Brown. In the book, the former Bachelor revealed that Hannah B. crashed Colton's hometown date with Hannah G. and said some very un-Hannah-like things about the remaining women he had chosen to keep around instead of her.

“She was still stewing about not getting a rose and wanted more clarity from me,” he wrote, according to Us Weekly, about what prompted the former Bachelorette to crash one of his hometown dates. “In reality, it seemed she wanted to lash out and vent. She went off on the remaining four girls and told me they didn’t have the qualities that made her so amazing. It was the beast in her, roaring and raging.”

It's difficult to imagine Hannah B. saying such hurtful things about the remaining women, given the kind demeanor she has usually exuded on-camera. However, what's even more difficult to believe is that Bachelor producers would opt not to air such footage, given a new layer of drama it would've added to Colton's Bachelor season.

But the bombshells about Hannah B. don't just end there. Colton's memoir also provided a crucial detail about the feud between Hannah B. and Caelynn Miller-Keyes. It turns out it didn't actually have much to do with their past as pageant competitors. “From what they told me off camera, their problem had to do with a tasteless joke about a serious matter related to one of their family members,” Colton wrote. “I won’t say anything more. The tension of being on the show together opened this old wound and cast a dark cloud over the entire week.”

Whatever started their feud, ultimately, the two of them were able to put their past aside and move on to bigger and better things, with Hannah going on to become the Bachelorette and Caelynn falling in love with Dean in Paradise.