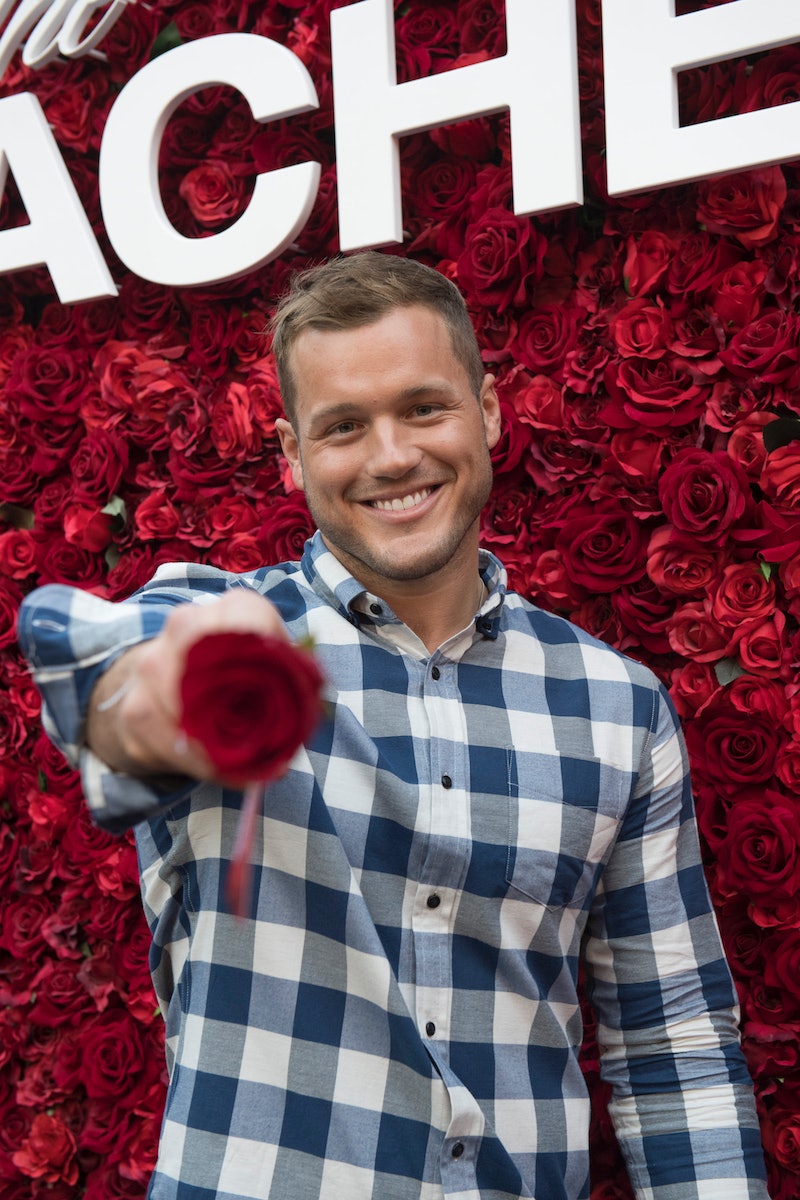 Colton Underwood recently changed his tune, going from Bachelor to boy bander for a cause that's very near and dear to his heart. On Friday, Feb. 22, the TV star revealed his hidden talent, and it turns out that Colton is singing with O-Town on their new song "Hello World." The new track is reportedly a fundraiser for the Bachelor star's Colton Underwood Legacy Foundation, which assists cystic fibrosis patients, according to Entertainment Tonight.

The Colton-O-Town collaboration might seem random, but it turns out the early '00s group clicked with the NFL player-turned-reality star right away, according to ET. In their interview with the outlet, O-Town band member Jacob Underwood discussed that Colton was the perfect fill-in for ex-bandmate Ashley Parker Angel, briefly making the group a quintet again. “We’ve been five members before, so I think it was natural for us to have a pretty blonde guy in the band!”

Underwood went on to joke with ET about how well Colton's aesthetics meshed into the band, adding: “I was kind of jealous because I think his eyes are bluer than mine, so I’m going to have to do something about that.”

The surprise collaboration between O-Town and Bachelor star Colton reportedly came to fruition when Colton asked Underwood, who he's been friends with since meeting at a charity event back when he played football for the San Diego Chargers, to help him write a song for a fundraiser.

Inquistr revealed that although Colton assisted with writing the song, he never had any intention of singing on the track. That is, until Underwood managed coerce him into it. When speaking with ET about how he convinced Colton into lending his vocals to the song, Underwood explained:

“He said, ‘I can’t sing for sh*t! But I want to be in the studio,’ I was like, ‘Sure, come on down,’ so of course we had to throw him behind the mic. I had to see for myself whether he can sing or not. I was like, ‘Don’t worry, man, we all use auto-tune nowadays!’ — joking with him to make him feel comfortable because it’s daunting getting behind a mic with 15 people staring at you."

Similar to his persona in the Bachelor mansion, Colton was seemingly a good sport about the whole thing. Underwood added, "He’s a ham and played up to it, though. His energy in the studio was just fun.” So fun, in fact, they used technology to put his voice on the track — that's him singing the line, "I want to see you learn."

It appears that Colton is a total team player in all aspects of his life, whether it be football, Bachelor star, or boy bander — especially when it comes to serving a greater purpose such as cystic fibrosis awareness.

Cystic fibrosis is a cause that is extremely personal for Colton, who started his foundation in honor of his 7-year-old cousin, Harper, who suffers from the medical condition. Both Colton and O-Town, which also consists of Underwood, Dan Miller, Erik-Michael Estrada, and Trevor Penick, hope that "Hello World" will ultimately serve as an anthem for cystic fibrosis patients, as well as others who may be struggling with an illness. Just Jared noted that 100% of the proceeds from the sale of “Hello World” will be donated to the Legacy Foundation.

In addition to its charitable efforts, "Hello World" will also become the first of seven new tracks to appear on O-Town's On The Way Now album, which is expected to debut sometime this summer.

As Colton continues to win the hearts of America during his current stint in the Bachelor mansion, "Hello World" proves that his talents are seemingly limitless.