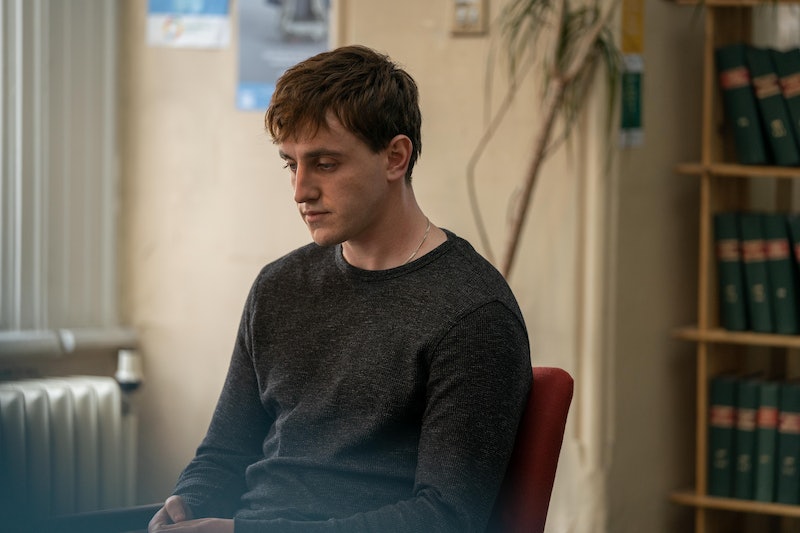 In the Hulu adaptation of Normal People, author Sally Rooney’s spare dialogue is recreated faithfully and the sex between Marianne and Connell, which is lightly sketched in the book, is fully expressed. What's lost in the narrative description of their thoughts becomes manifest in how their bodies fuse, a shorthand for their peculiar understanding of each other. But for long stretches, Marianne and Connell are not physically involved. Connell’s preoccupation with his lover is supplanted by a dark depression, which the series translates with the same chilling frankness as its sex scenes.

Connell's depression starts with an unexpected death — or at least that's what he thinks. Connell’s garrulous if politically problematic school friend Rob dies by suicide, causing his classmates to re-congregate in Carricklea for the funeral. For Connell, it’s the culmination of a painful, yearslong rending. His depression did not, it turns out, start with the death of a school friend. It had roots in the day Connell packed his car and took off for university in Dublin. He’s not experiencing it as a natural next step, but as a fissure with his previous self.

“Here I don’t think people like me that much,” he tells a therapist. But Connell also never responded to the last text message Rob sent him from home. “I thought I'd meet more like-minded people but that just hasn't happened. I left Carricklea thinking I could have a different life, but I hate it here, and I can never go back because those friends are gone. And Rob is gone. And I can’t see him again. I can’t get that life back.”

Paul Mescal’s anguished, tearful performance in Connell’s only therapy session transcends anything captured in the book. Instead of reading about his hesitancy — in the novel, Connell privately pledges not to complete the worksheets he’s given — we see a person breaking down in spite of himself. It’s a moment uniquely suited to Normal People’s new visual medium. Connell stumbles into the belly of his feelings exclusively, and almost accidentally, through talking about them. He goes to therapy thinking he’s grieving Rob and leaves with the realization he’s grieving someone else: the person he used to be and the hope he used to have.

Connell, always more sensitive than most could perceive, has surrounded himself with other sensitive people, who rally to his side throughout his mental health struggle. That he sees a counselor at all is thanks to Niall, his closest male friend at Trinity. Marianne Skypes with him, even as he sleeps, refusing to give his depression more loneliness to feed on. Connell begins taking antidepressants, not with the showiness of an after-school special, but without any discussion at all. The symptoms of his depression are depicted as ugly and draining and treatable. His friends don’t endeavor to distract him from his feelings, they engage with them.

In the television adaptation of Normal People, depression isn’t instantly cured. It lingers over a quarter of the episodes with tiny visual cues: Connell's eyes glazed over at the television screen, a blister pack of white pills by the bathroom sink. Depression is allowed to coexist with positive emotions, like reconnecting with Marianne. It’s as textured and complicated and revealing as sex.