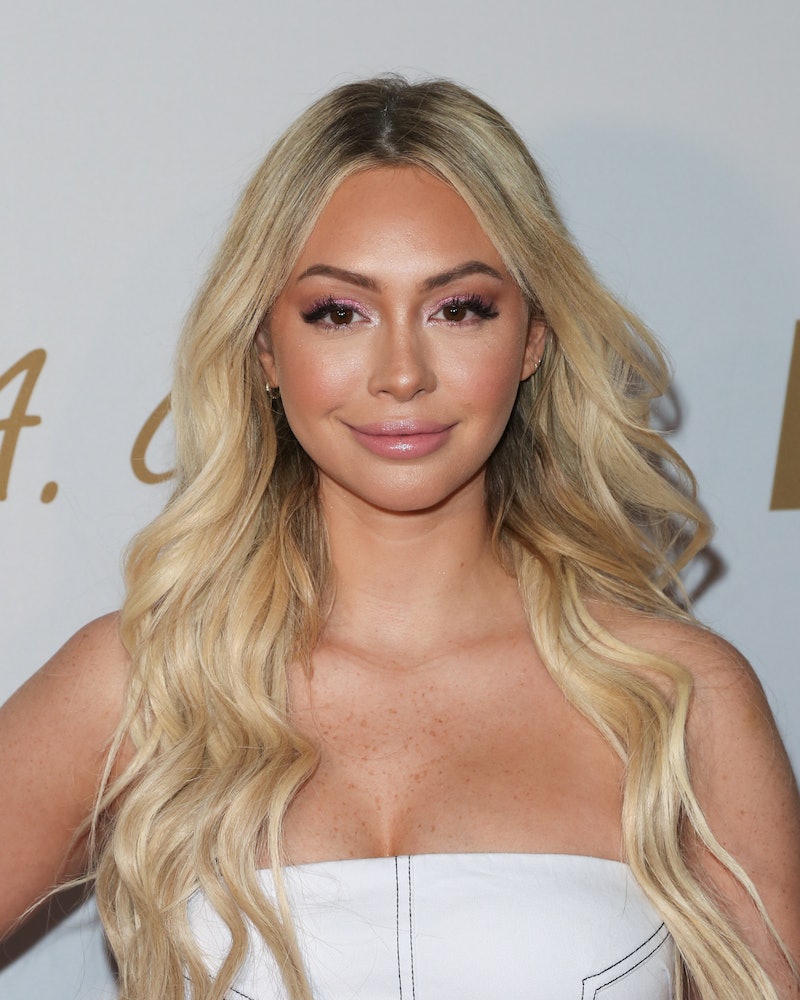 Bachelor Season 21 cast member Corinne Olympios is known for being outspoken. Now, she's being vocal in a totally different way: musically. That's right, Bachelor alum Corinne has music on the way. She broke the big news in a June 3 interview with Entertainment Tonight.

"I'm working with a bunch of different studios on some digital projects and TV projects. I got my book still going on. I'm getting into music soon."

How soon is "soon" though? Corinne divulged that her currently untitled single will probably drop sometime in winter 2019. Aside from lending her voice to some tracks, Corinne shared, "I'm writing my own music." Will she include any references to her time on The Bachelor? Maybe she will dedicate a song to her beloved (former?) nanny Raquel along with an ode to cheese pasta.

In that same interview, Corinne declared, "I'm already a pop star. Just add the music and there you go." It's admittedly unclear what kind of music fans can expect from Corinne, but basically, they should just expect the unexpected. One to never be boxed in, Corinne will not going to stick to one genre. The Bachelor in Paradise Season 4 cast member explained to ET, "It's like, rock, country, pop."

Corinne also elaborated on her musical style in an Extra interview with Jana Kramer. The reality star began, "I'm so weird with my music taste." Then she recalled, "When I had my first music meeting, they were like 'Can you play us some stuff that you like?'"

Corinne admitted that her wide-ranging taste confused her team. She recounted, "They were like 'You've gotta give us something else because you're all over the place.'"

Aside from getting people to understand her sound as an artist, Corinne has another major challenge to overcome. She admitted to Extra, "I just have really bad stage fright and that's why it's taken me so long to get into music." Wait, what? One of the most outgoing women in Bachelor franchise history has stage fright? That is a lot more surprising than Corinne getting into music.

She shared her strategy for getting past stage fright and, of course, it's very straightforward. Corinne remarked, "I'm just gonna rip it off like a band-aid."

The old adage is that everyone gets 15 minutes of fame, but Corinne has been consistently captivating her audience ever since Nick Viall's season of The Bachelor aired in 2017. She's made the most of her time on reality TV and turned that exposure into a budding empire off-screen.

With support from her loyal fans, Corinne has become a social media influencer. She has her own clothing line in collaboration with Riot Society. She's also giving Kylie Jenner a run for her money with Platinum Beauty Shop by Corinne Olympios. (Yes, that's a reference to her iconic "platinum vagine" moment during Nick's season.) She also has been working on a book. Now, the reality TV star is adding music to her résumé and conquering her stage fright. It's Corinne's world, we're all just living in it.