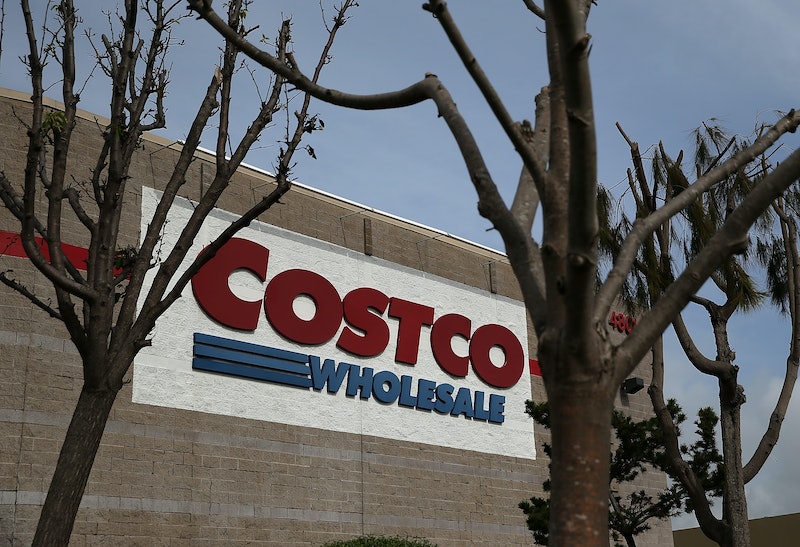 Costco has fans all over the country for a wide variety of reasons, but one of its most appealing features is undeniably the food court. Where else can you still get a hot dog and drink these days for a mere $1.50? But if your favorite Costco dog is specifically the Polish dog, I, uh… have some bad news for you: Costco is discontinuing the Polish hot dog from its food court menu at a number of locations, reports the Seattle Times. The all-beef hot dog will remain — so, yes, you can still get a dog-and-drink combo for $1.50 at Costco — but the Polish dog has been just one casualty among many as the retail giant looks to shake up it classic food court line-up. And people, as you might expect, have a lot of Feelings about it. Bustle has reached out to Costco for comment and will update this piece when we receive a response.

Costco Chief Financial Officer Richard Galanti confirmed the news to the Seattle Times on Tuesday; however, according to Galanti, the Polish dog isn’t disappearing from Costco entirely: It’ll still be sold in bulk. He also underlined the fact that the all-beef hot dog combo would remain on the menu for the same price it’s always been. (Costco has been selling dogs with drinks for $1.50 since 1985.) But in an effort to expand its offerings to suit a wider range of dietary needs, the Polish dog and a few other items are going the way of all things: According to Fortune, the brisket sandwich, beef chili, and frozen yogurt have reportedly disappeared from some stores, while an acai bowl and an al pastor salad featuring a plant-based protein have recently begun arriving in their places.

The al pastor salad, I would argue, is particularly notable. The Costco food court has historically been many things — affordable, tasty, relatively fast depending on when you go, etc. — but vegetarian/vegan-friendly is not one of them. With the exception of the cheese pizza, there have been few, if any, vegetarian entrée options available that actually included protein: The Caesar salad comes with chicken; the various sandwiches have pretty much exclusively been filled with meat; and veggie dogs have been conspicuously absent. With the addition of the salad, though, there’s finally a vegetarian option with protein on the menu — and that matters. (For what it’s worth, I’ve tried it; it’s pretty good.)