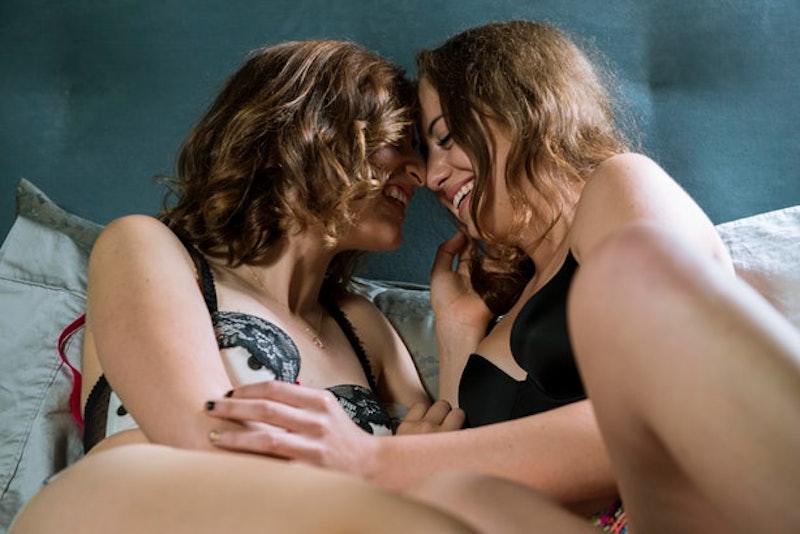 When it comes to the best places to have sex, it often helps to expand your mind and think outside the bedroom. And it's not just because there's an added thrill of having sex somewhere less expected. New research shows that having sex outside the bedroom may even improve your sex life — and your relationship. How great is that?

House Method, a website for housing and design solutions and inspiration, recently asked over 1,000 people who were living with their significant other about where they get frisky — and it turns out, venturing outside of the bedroom can have some major benefits you may have not expected. People who were having sex outside the bedroom actually reported having more sex, more relationship satisfaction, and more sexual satisfaction than those who kept it strictly to the bedroom.

But why would sex outside the bedroom lead to better sex or more sex generally? Well, it may just be that they're feeling more free — and satisfying the itch when it comes up. "My theory is that couples who aren't limiting their sex lives to the bedroom are letting themselves get down wherever the mood strikes," Emily McCrary-Ruiz-Esparza, brand editor at House Method, tells Bustle. "Let's be honest, the bedroom is not the only place we get aroused! If you get comfortable with the idea that sex is not just for the bedroom, you may start having more sex too!"

So how are people getting down around the house — and what are the exact benefits? Here's what the survey from House Method found about sex outside the bedroom.