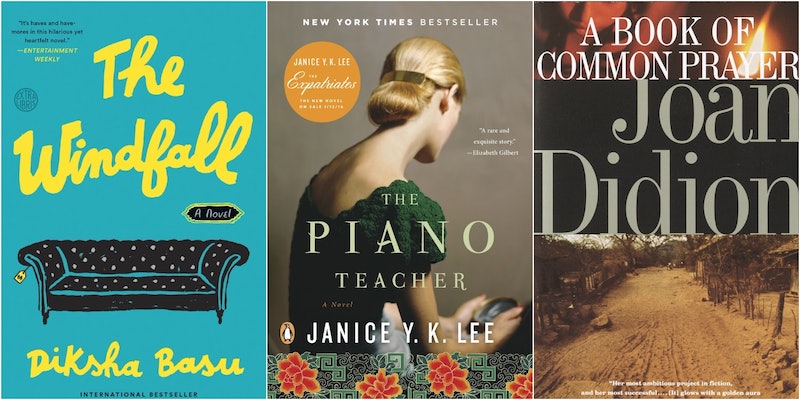 Author Kevin Kwan has had a very big summer. The film-version of his rom-com/family drama Crazy Rich Asians was a smash hit at the box office — so much so that a sequel has already been announced. But if you can't wait until the second movie (and have already read through all three books in his series), you might be looking for another way to bide your time. Kwan has a solution: He recommended 30 books for his Author's Bookshelf at The Strand Bookstore in New York City, and Bustle has the full details on his selections below.

For those unaware, Kwan is the author of three novels — Crazy Rich Asians, China Rich Girlfriend and Rich People Problems — which follows Chinese-American Rachel Chu, who discovers that her boyfriend, Nick Young, is actually part of an incredibly rich, massively successful, totally famous family from Singapore. As Rachel navigates Nick's world in Singapore, she learns a thing or two about Asian family politics, class divides, and the cost of true love. It's not surprising then that Kwan's picks for The Strand include many books that dive into the same themes as his novels.

Of his selections, Kwan tells Bustle, "All these books look at power and privilege through different lenses and voices, while also being gloriously fun reads."

The Strand Bookstore plans to have Kwan's Author Table set up on Sept. 17, so you can plan your book shopping trip accordingly. Check out five selections from his picks below, and then scour the entire list before you head out to The Strand: