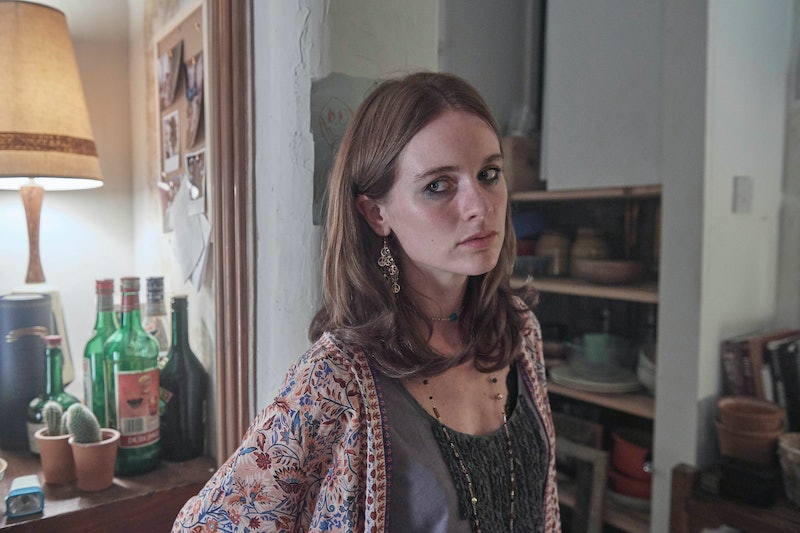 Cressida Bonas is taking on one of her biggest roles yet in new ITV drama White House Farm. The 30-year-old plays Sheila Caffell, one of five family members murdered in an Essex farmhouse in 1985. Known for her theatre work, roles in the likes of Tulip Fever, and, of course, her previous relationship with Prince Harry, Bonas' latest job is particularly hard-hitting.

As Metro reports, Sheila — who had been diagnosed with schizophrenia — was framed for the murder of her parents Nevill and June Bamber and her six-year-old sons Daniel and Nicholas Caffell. It was claimed that, after killing her family, she took her own life. However, a police investigation found that Sheila's brother, Jeremy Bamber, was responsible. Despite protesting his innocence, Jeremy was convicted and sentenced to a whole life sentence in 1986, per the Guardian.

Appearing on Lorraine, Bonas revealed she felt "a huge responsibility" to get things right, adding: "Back then, mental illness was treated so differently. Nowadays, it wouldn’t be treated like that."

In an interview with the Mirror, the actress spoke about a particularly tough filming day. Watching from a window as her on-screen husband saw his children for the last time, she recalled: "That moment really hit me, knowing what was to come ... Those are the moments when this story hits home. This is not fiction. It really happened.

The director of the six-part series, Paul Whittington, commended Bonas' performance, telling the Mirror: "The biggest compliment that could be paid to Cressida is that Colin Caffell [Sheila's husband] said she absolutely captured the essence of Sheila.”

Prior to White House Farm, Bonas was most known for her relationship with Prince Harry. The pair were reportedly introduced by Princess Eugenie in 2012, per The Sun, and continued dating until 2014. Things appear to be amicable as Bonas was invited to Harry's 2018 wedding to Meghan Markle. (She is now engaged to property developer Harry Wentworth-Stanley, according to Tatler.)

Work-wise, she has been acting for the past few years. In 2015, she appeared on-stage in a one-woman play titled An Evening with Lucian Freud and in a musical version of The Great Gatsby in 2016. Bonas' TV and film credits include 2016 ITV drama Doctor Thorne, supernatural horror The Bye Bye Man, and 2017 drama Tulip Fever in which she starred alongside Alicia Vikander, Christoph Waltz, and Judi Dench.

If that wasn't enough, she has also modelled for brands such as Burberry and, coincidentally, appeared in a Mulberry campaign with White House Farm co-star Freddie Fox.