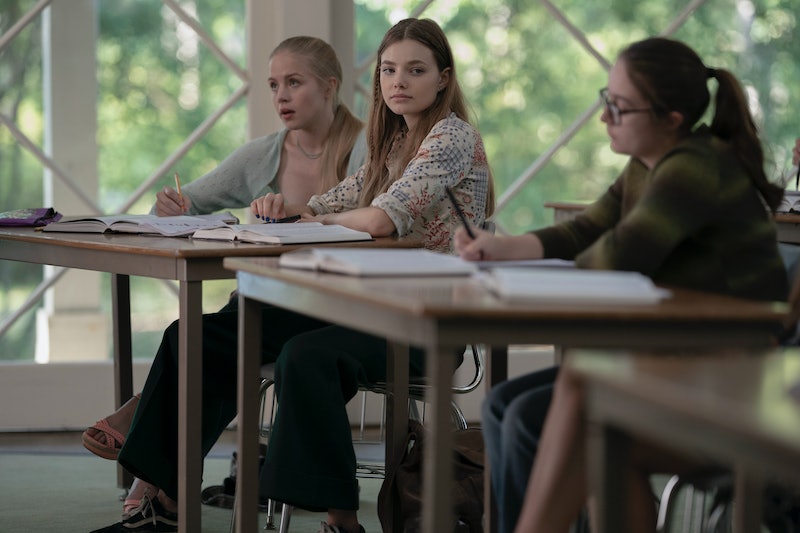 The idyllic setting of Hulu's Looking For Alaska is home to some undesirable events, but anyone looking to visit the real school that Culver Creek is based on can do so without having to beg their parents to send them to an expensive boarding school. John Green, the author of the book the new show is based on, previously confirmed in an FAQ on his website that Culver Creek is "very, very similar" to his old high school, Indian Springs.

Like Indian Springs, Culver Creek is located in Alabama and shares a few features with the real school, though Indian Springs is much different today than it was when Green attended in his youth. He wrote on his site that the barn Miles and his friends spend their big all-nighter has been torn down, and that the dorms are nicer now (and finally have air conditioning), but that the location is still very much the same. He also pointed out that instead of the fictional bufriedos that were the talk of the Culver Creek cafeteria, Indian Springs students would chow down on crispitos — which is basically just a taquito.

For as much as Indian Springs has changed since Green was there, his visit (which he filmed for his popular vlogbrothers channel) to his former alma mater revealed that some of the touchstones of Culver Creek were still intact then, and are likely still intact now. The swing where Miles and Alaska have their first conversation? As of 2010, still there. The smoking hangout where students sneak away to have cigarettes? Unclear if it's still used for that purpose, but it's still there (and a popular spot to get stung by bees, which Green proved on his return visit). The swan that holds dominion over the nearby lake? Still there, according to Green — although given that a swan's average lifespan is 24 years, it's probably gone by now.

Looking for Alaska is heavily autobiographical, but perhaps the realest part about it is Culver Creek. It may be too late for most people who read Looking For Alaska in their youth to attend the school that inspired Green's seminal novel, but it's certainly not too late to visit.