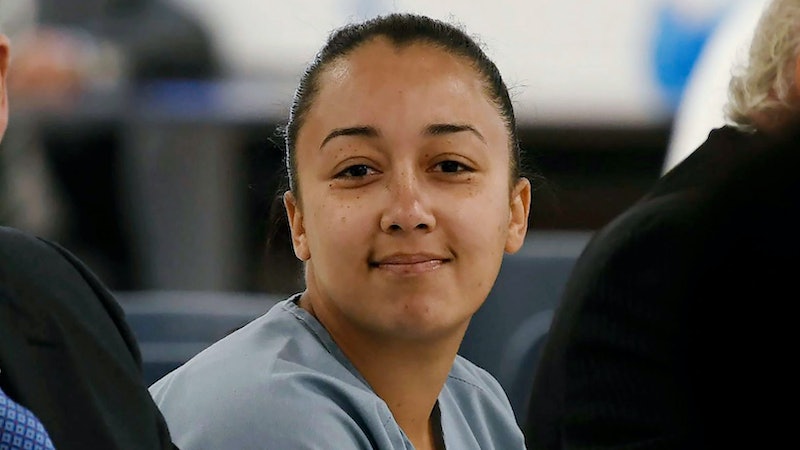 In this op-ed, writer and community organizer Clarissa Brooks reflects on the release of Cyntoia Brown after 15 years and the childhood Brown — like many young black girls — never had.

The cruel joke of being a poor black girl in the South is that you are grown before you ask to be, and your childhood slips away before you can spell. Black girls are not given the kindness that southern gentility cultivates for white girls who make a few bad choices. Instead, black women and girls like Cyntoia Brown are jailed, punished, and killed for trying to survive in a world in which they were never meant to last.

In 2006, at the age of 16, Brown was sentenced to life in prison as an adult for shooting and killing Johnny Allen. Brown testified in her appeals hearing that she had been abused, raped, and forced into survival sex work, and said she shot Allen in fear for her life when she thought he reached for a gun after he paid her for sex.

For the past 15 years, Brown was incarcerated in a Tennessee prison, but this January, news broke that she would be released in seven months after outgoing Republican Gov. Bill Haslam granted her a full commutation. She was officially released from prison Wednesday at age 31 and will serve 10 years of parole.

“At the crux of Cyntoia Brown’s story and her criminalization, we all can recognize that this baby does not belong in a cage at all and never did belong in a cage,” Brianna Baker, a teacher and the founder of Justice for Black Girls, tells Bustle. “She hasn’t had access to her girlhood for her entire life. Yes, we take the victory, but it’s bittersweet.”

Brown’s story is one of personal perseverance but also one of the power and strength of community organizing. The news of Brown’s commutation prompted a wail of relief from the black folks who have been on the frontlines of advocacy work around her case since 2011.

The Nashville chapter of Black Lives Matter, along with Color of Change, the #MeToo Movement, and The Highlander Center, had taken on the task of fighting for Brown. These groups worked in coalition with countless individual activists to build a nonstop organizing strategy that uplifted Brown’s story and also helped push Haslam to grant her clemency.

“My favorite moments were our interruption of Governor Haslam, our street blockade in downtown Nashville, and our banner drop on December 25. It doesn’t matter how many police they send to intimidate us … there is always this visceral energy that pulsates through the folks that stand with you,” says MarTaze Gaines, who worked around the clock with other BLM Nashville organizers Brittany Paschall and Justin Lang.

"She hasn’t had access to her girlhood for her entire life. Yes, we take the victory, but it’s bittersweet."

Although people online criticized Brown’s commutation and asked if this is what justice really looks like, with many expressing that Brown should’ve received full clemency and had her record completely expunged, local organizers are looking to appreciate this win as simply that — a win.

“I think it’s important to pause, and just do just that — celebrate,” Lang tells Bustle. "The wins allow us to show love to all of those who we collectively won with. The wins energize us to continue doing more work.”

Brown’s release from prison on Wednesday brings that power of community organizing and the strength of a personal narrative together. One could not happen without the other.

While others were fighting for her, Brown also had to fight for herself. Her tenacity to survive is the reason she is free today. Throughout her time in prison, she advocated fiercely for a retrial even after her sentencing in 2006. Her strength is not a misnomer, but a necessary skill to live another day as a black woman. Brown is a woman full of agency, awareness, and strength that was birthed from years of abuse and marginalization.

And her story is not out of the ordinary. There are dozens of campaigns across the country of communities advocating for black women and girls who have been incarcerated for trying to survive inhumane conditions. Girls like Masonique Saunders, a young woman in Ohio who was wrongfully charged for her boyfriend's death after a police officer shot and killed him, are locked in cages all across the country. Whether it be in classrooms, jails, prisons, or even workspaces, black women are always being policed for how they exist in the world.

This moment is a win that gives Brown back the childhood she was never allowed to touch. While her commutation is not total freedom, it will give Brown a slice of the agency she didn’t have in her young life or in prison. But we can't forget that the fight for other black women and girls, like Saunders, still continues.