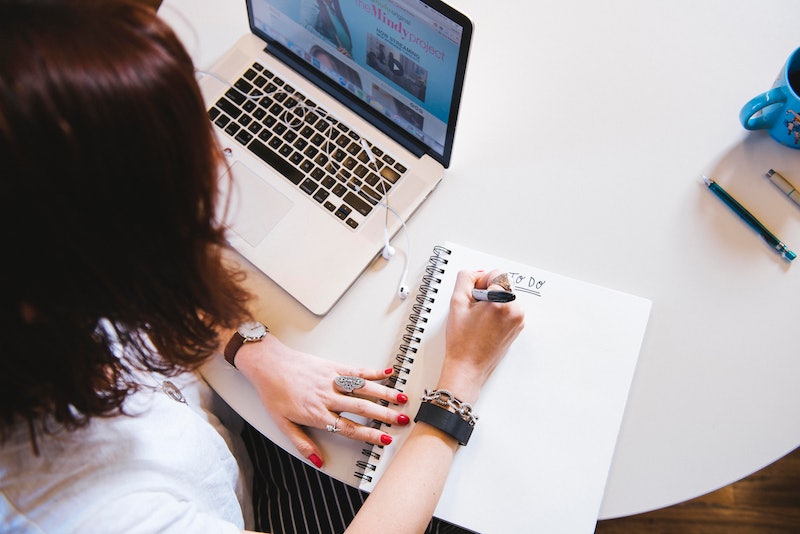 Anyone who's ever experienced sleep issues has likely been told that maintaining a regular sleep-wake cycle is the number one way to get their sleep schedule back on track. But a new study has found evidence that maintaining a daily routine can benefit your mental health, including better cognitive functioning and a decreased likelihood of developing major depression and bipolar disorder, CNN reported.

According to the study report published in The Lancet Psychiatry, an irregular sleep-wake cycle, which researchers refer to as "circadian disruption," was found to be "reliably associated with various adverse mental health and wellbeing [sic] outcomes, including major depressive disorder and bipolar disorder." Researchers also indicated that circadian disruption may also be linked to "increased susceptibility to mood disorders."

Dr. Daniel Smith, professor of psychiatry at the University of Glasgow and a lead author on the study, told CNN, "It's widely known that a good night's sleep is a good thing for well-being and health. That's not a big surprise." What's less well-known, Smith said, is the fact that having a regular daily routine where you're active in daylight and inactive in darkness is also important for mental health.

Smith told CNN that these findings were "found to be consistent even when controlling for a number of influential factors including age, sex, lifestyle, education and body mass index," something he said was striking.

Researchers involved in the study first looked broadly at the data of more than 91,000 U.K. residents between the ages of 37 and 73, whose data was available in the U.K. Biobank general population cohort, the study report said. Then researchers zeroed in on a group of people whose daily activity levels were measured by a device worn on the wrist. And the study's final model was adjusted for the characteristics Smith mentioned, along with ethnic origin, smoking status, alcohol intake, educational attainment, and "a binary measure of childhood trauma."

Smith told CNN that the study's findings "have significant public health consequences, particularly for those who live in urban areas, where circadian rhythms are often disrupted due to artificial light."

If you're a city-dweller, or just someone who has a hard time maintaining a daily schedule, there are some standby tips for improving your sleep quality. Smith mentioned to CNN that we should avoid using our phones late at night, and ensure we're going to bed and waking up at the same time each day. "But equally important," he added, "is a pattern of exposing yourself to sunshine and daylight in the morning and doing activity in the morning or midday so you can actually sleep properly."

But considering another recent study about sleep habits found that some people just naturally have a more nocturnally inclined circadian rhythm that tells their bodies to go to sleep later and wake up later, not all of us are able to maintain sleep hygiene that rises and falls with the sun.

Still, even if you're inclined to be a night owl, you can maintain a daily rhythm. There are plenty of sleep apps that help you track when you're in bed and what your quality of sleep is, but there are also an increasing number of self-care apps that can help you track everything from when you last took your medication, to when you nap, to how you're feeling at any particular moment.

One of those apps is the recently released Aloe Bud, which is available for iOS users. Aloe Bud offers users the ability to build a daily routine that includes virtually all aspects of self-care, and also provides gentle reminders to engage in activities, including sleep maintenance. "One of the best things we can do for ourselves is a good night's sleep," the app says in the section where users can set reminders to add to their daily routine. If you switch to reflection mode in the sleep section, the app prompts users to jot down, "How would you describe the quality of your sleep lately?"

Using apps like Aloe Bud to apply Smith and his fellow researchers' findings to your own life may be an excellent way to help lessen burdens on your mental health. Smith told CNN that the results indicate "an exciting time for this kind of research because it's beginning to have some real-world applications."

No matter how you choose to design and track your daily routine, keeping an eye on how you're treating your body and your self is never a bad idea when it comes to self-care.

More like this
Young People Are Still Experiencing Period Poverty In UK Schools
By Sophie McEvoy
Kim Kardashian Is Releasing A Line Of Earbuds With Beats
By Alexis Morillo
How To Remove A Sound On TikTok
By Emma Carey
What Does POV Mean On TikTok? The Popular Acronym, Explained
By Emma Carey
Get Even More From Bustle — Sign Up For The Newsletter