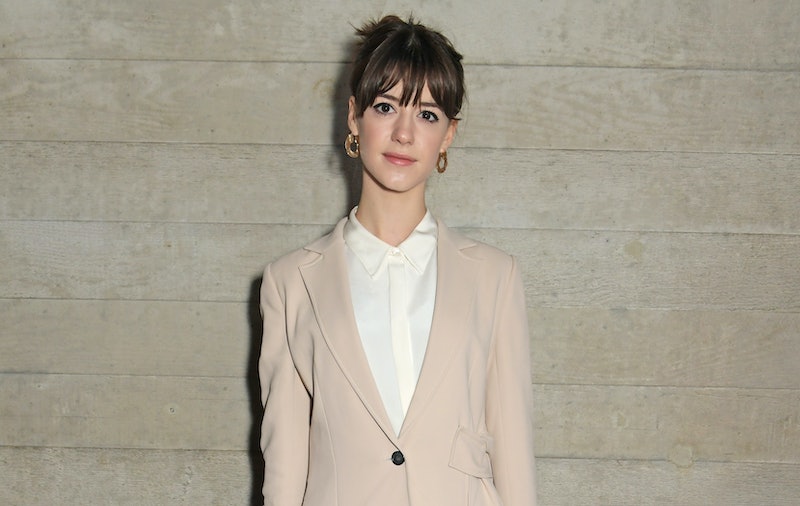 She became an international success during lockdown for her portrayal of Marianne in the BBC adaptation of Normal People. Now Daisy Edgar-Jones has a new role and it involves a new book we are sure to become fascinated by. Bonnier Books UK announced that Edgar-Jones narrate the audiobook of Helly Acton's debut novel, The Shelf.

The book takes a good look at how society obsesses over finding "the one," settling down, and the madness that is reality TV. Particularly interesting, given Edgar-Jones's dad was the director and executive producer of Big Brother.

Per Grazia, Edgar-Jones describes The Shelf as "fun, thought-provoking and unapologetically feminist, shining a light on the pressures felt by so many women." The book, which has received praise from the likes of Marian Keyes, Carrie Hope Fletcher, Laura Jane Williams and Lucy Vine – and been optioned by Monumental Pictures for a TV adaptation – will be published on June 18. As will the audiobook.

"I had such a great time narrating Helly's novel and bringing her wonderful collection of characters to life," said Edgar-Jones. "It really is the perfect antidote to lockdown life."

The book's protagonist, Amy Wright, is under the impression that her boyfriend is surprising her with a luxurious trip in order to propose, but she's utterly crushed when she finds quite the opposite. Amy discovers the trip is an elaborate ruse when she's dumped on live television. She then finds herself competing against five other women to be crowned "The Keeper" and win £1 million pounds. It sounds mad but, real talk, we all know we'd watch it.

Edgar-Jones isn't the only Normal People actor whose star has been on the rise following the show. Paul Mescal, her co-star has had success in a very unlikely and unexpected way, he's inspired both a prayer candle and a fashion revolution. Believe it or not, many are crediting him with being the inspiration behind Gucci's new "short shorts," after the world went wild for his alabaster Irish pins in (iconic Irish brand) O'Neils shorts. No word on him narrating any audiobooks but I'd bet my rent money a lot of people would be delighted to have him read the bedtime stories.