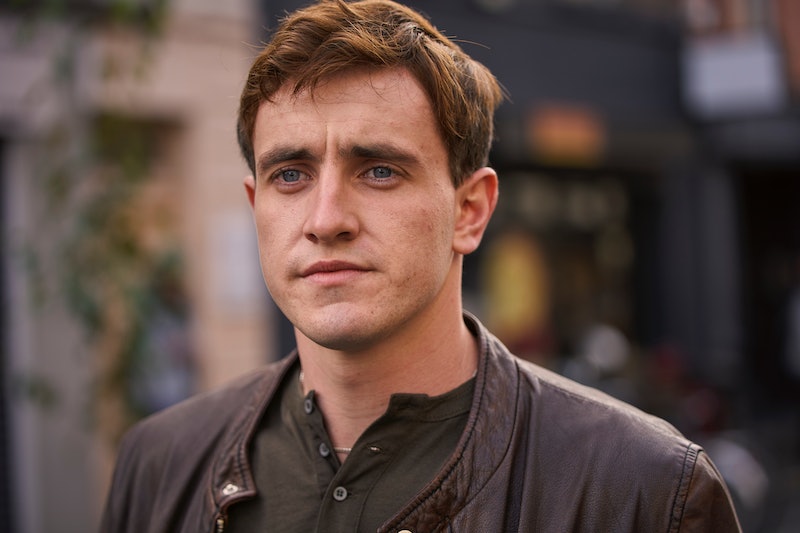 The highly anticipated BBC adaptation of Sally Rooney's critically acclaimed 2018 novel Normal People quickly became one of the shows to marathon-watch during lockdown. It was nearly impossible to take your eyes off the budding romance of Marianne (Daisy Edgar-Jones) and Connell (Paul Mescal), and the show thrust its young stars – not to mention his character Connell’s chain – into the spotlight. So much so that there is now a Paul Mescal prayer candle for sale. And no, I'm not joking.

While it's easy to covet Marianne’s enviable summer wardrobe and perfect fringe, Mescal has become known for other reasons. The actor has become somewhat of a sex symbol following the show’s release, and as for his wardrobe? Well, Connell’s chain has its own Instagram account filled with hot flush-inducing clavicles, while his GAA-style shorts have seen a rise in the sale of similar styles during lockdown. But for the true Mescal obsessives out there, this new prayer candle will really solidify your stan status.

Celebrity prayer candlemakers My Sainted Aunt have blessed us with an image of the Kildare native on a glass prayer candle. The seven-inch candles (we're not saying anything) are made from “clean burning paraffin wax, high quality vinyl images and enormous affection,” according to the brand’s website.

Elsewhere, My Sainted Aunt offers “fab celebrity prayer candles to make your life divine” including a number of famous faces from Harry Styles to Rihanna, Louis Theroux to Joe Exotic, and have now added not one but two Mescal options. The first, a bucolic setting of Mescal with a lamb, of course, because as the product description says “he looks fabulous holding a lamb,” and who are we to disagree? The second, offers a more traditional look at sainthood, with saintly robes and the Sacred Heart symbol at his chest.

All of the celebrity saints, including Mescal, are also available on notepads and cushions. A Timothée Chalamet pillow, anyone?

This article was originally published on June 17, 2020