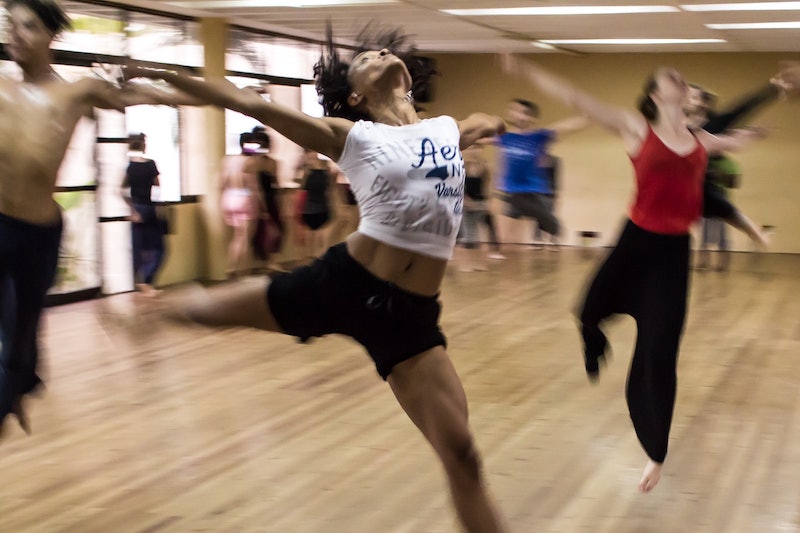 So you already know that dancing feels good, but a new study confirms it's actually good for you too. Dancing may be good for your brain, and can keep you mentally sharp, according to a new study published in Frontiers in Aging Neuroscience. You might notice that your elders don't seem as quick as they used to. This is because, as we age, the white matter in our brains can decrease, affecting things like retaining new information, and how fast your brain processes things.

Now, before you get up and start dancing around, which is always a good idea (30-second dance party, anyone?), the research suggests that learning a social dance like the tango, or a waltz, is the key to improved cognitive function.

Partners from multiple universities studied groups of older adults who were split up into groups that focused on walking, both walking and proper nutrition, stretching and toning, and dancing, and followed them for a period of six months. Scans were taken of participants brains before and after the study, and researchers uncovered surprising results.

"Together, our findings suggest that combining physical, cognitive, and social engagement (dance) may help maintain or improve [white matter] health," the study reports.

Those in the other groups actually had a decrease in white matter, perhaps because the work that goes into remembering a choreographed dance, coupled with the social interaction, gave the brain more of workout than walking or stretching.

Agnieszka Burzynska, the study’s lead author and a professor of human development and neuroscience at Colorado State University in Fort Collins, told the New York Times that activities involving moving and socializing are beneficial for your brain.

"The message is that we should try not to be sedentary,” she said in the interview. “The people who came into our study already exercising showed the least decline in [white matter]." She added that those who took up dancing showed white-matter gains.

Psychology Today reports that dancing can indeed improve cognitive function, and visualizing dance routines also improves muscle memory. Additionally, the article by Christopher Bergland, states that different types of dance practice allows you to achieve peak performance by blending cerebral and cognitive thought processes with muscle memory, and that by engaging in "regular aerobic training that incorporates some type of dance at least once a week" anyone can maximize brain their function.

Another study, led by the Albert Einstein College of Medicine in New York city, and published in the New England Journal of Medicine, found that dancing also slowed down aging, increased intelligence, and improved neuroplasticity.

It looks like the secret to living a long, and engaged life, just might be hitting the dance floor, as if you needed an excuse.