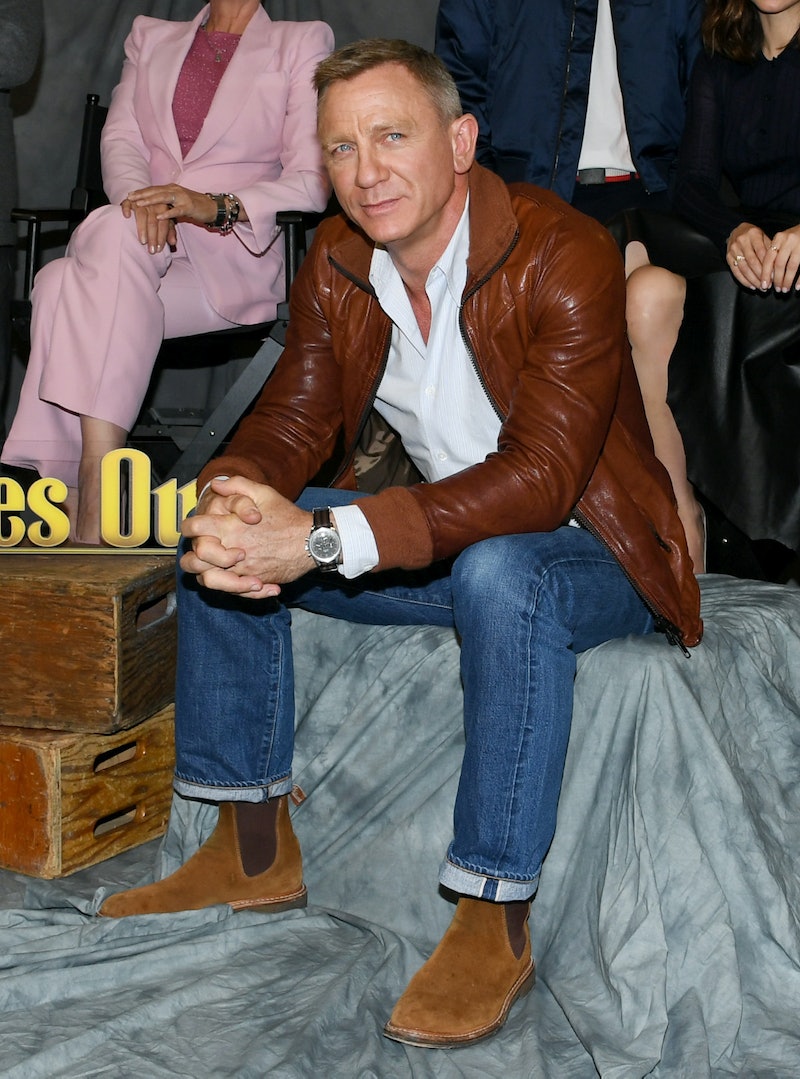 Could detective Benoit Blanc soon be back on the case? If given the opportunity, actor Daniel Craig would appear in a Knives Out sequel, he revealed in an Entertainment Weekly cover story published on Tuesday, Jan. 21. Craig explained to the magazine he'd "be over the moon" if writer and director Rian Johnson were to pen a follow-up to the 2019 ensemble murder mystery film and would "of course" reprise his Golden Globe-nominated role.

"Why wouldn’t I?" he posed to EW. "I had a ton of fun doing it. You aim for that every time, you aim for that to work out. It rarely, rarely does, but it did on that movie and how nice is that?"

It turns out, a Knives Out sequel is a distinct possibility, as far as Johnson is concerned anyway. In a separate EW interview published on Jan. 13, the Oscar nominee confirmed he'd "love to do" another movie, though the project would hinge on certain variables. Among them: he'd, first and foremost, have to write a script "that's worth a damn," but stressed he doesn't "want to jump the gun."

Johnson's interest also has much to do with his mutual admiration for Craig. "I had so much fun working with Daniel," Johnson told EW, adding that he liked the idea of giving Benoit Blanc a similar treatment that "Agatha Christie did with Poirot and Miss Marple" in her popular mystery novels. "The possibilities of that seem endless in a way that’s really exciting," he further noted.

Johnson reportedly had previously confirmed, however, he is already developing a Knives Out sequel that would center on Craig's Southern detective working on a new case. According to The Hollywood Reporter, the Star Wars: The Last Jedi director confirmed the news at a Jan. 4 pre-Golden Globes party. The outlet further reported at the time that the filmmaker added that he would ideally like to make the film sometime in 2020. (Lionsgate has not officially greenlit a Knives Out sequel, however, THR noted.)

For his part, Craig told Ryan Seacrest on the Golden Globes red carpet the next night that he "wouldn't say no" to playing Blanc again. After all, he had the great pleasure of being a part of the star-studded cast, which included: sweater-wearing Chris Evans, Jamie Lee Curtis, Christopher Plummer, Toni Collette, and Ana de Armas. (Johnson had also credited Craig's signing on to Knives Out with all the other actors later joining the cast, too.)

Johnson had even teased the possibility of a sequel before Knives Out hit theaters on Nov. 27. "If we could get together every few years and do a new Benoit Blanc mystery... just do, like, a new cast, new location, new mystery about a whole new set of things, I think that would be a blast," he shared with Entertainment Tonight at the film's November premiere. "But we'll see."

More like this
12 Years Ago, Austin Butler Manifested His Oscar Nom In This Disney Movie Scene
By Jake Viswanath
Here’s Everything Coming To & Leaving Netflix In February
By Jake Viswanath
North West Will Make Her Acting Debut Alongside Mom Kim Kardashian
By Radhika Menon
Why Andrea Riseborough Is Confused By Her Oscar Nomination For Best Actress
By Jake Viswanath
Get Even More From Bustle — Sign Up For The Newsletter