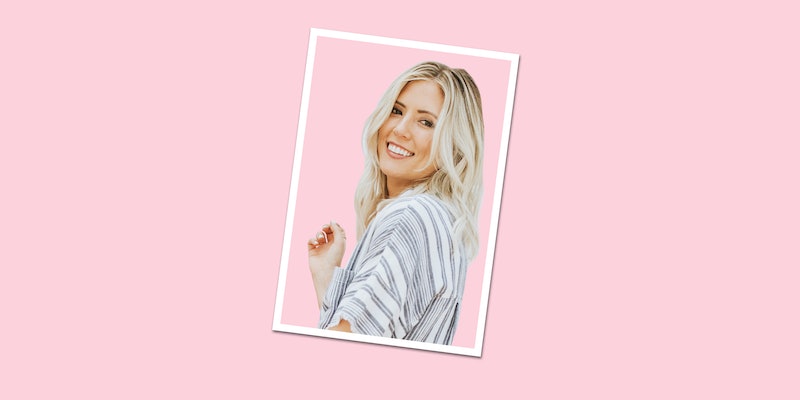 Bustle takes the Bachelor franchise pretty seriously. That’s why we created the Bachelor Nation Class of 2018 — like high school superlatives, but Bachelor edition. Check out what Danielle from Nick's Bachelor season had to say about being awarded "Most Likely To Save The World."

Danielle Maltby lights up a room, whether it's in the Bachelor mansion on Nick Viall’s season or a sweltering bar on Bachelor in Paradise. The Nashville-based neonatal nurse is a free spirit and a giving heart — so much so that Bustle is dubbing her the Bachelor Nation Class of 2018's “Most Likely To Save The World.”

Danielle saves babies for a living, goes on Fear Factor for charity, raises awareness about suicide, and brings in money for various charities through her collaboration with DIFF Eyewear. And still, she remains humble. “I am so freaking flattered,” Danielle said of her award. “I am speechless and my heart is happy. I’ll try and do my best!” All of this selflessness is fantastic, but Danielle also deserves to find her true love. She’s been through enough — her fiancé died of an overdose, and then Nick Viall broke her heart on national television on his season of The Bachelor. Then, her relationship with former Big Brother star Paul Calafiore dissolved after rumors swirled that he reportedly cheated on her with a cast member from MTV’s The Challenge, according to E! News.

And yet Danielle's sunny disposition remains. She's also still wholly dedicated to her job — she told Nashville Scene in 2017 that being on The Bachelor didn't matter as much as being at work to take care of babies in the NICU. "I haven’t had any parents recognize me, which is great, because I just feel like that would be kind of interesting at the hospital," she said. "There'd be a few nurses from other units who would recognize me, but I'm there to work and do my job." Spoken like someone who's ready to go out and save the world.