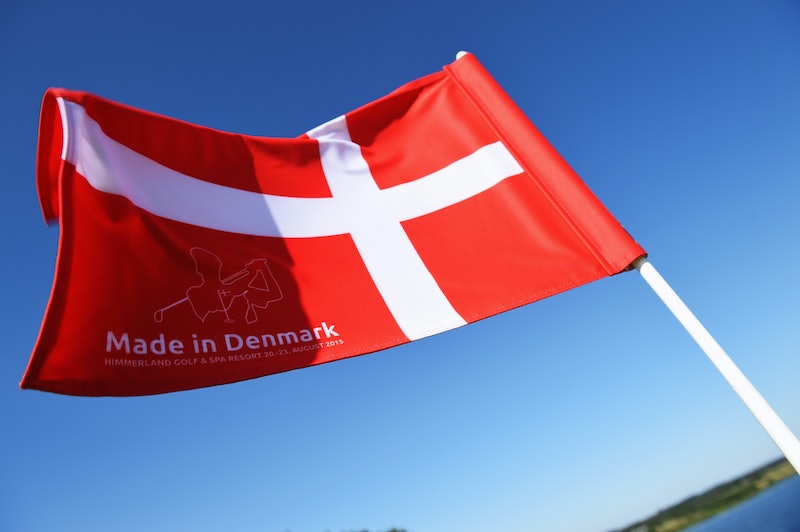 You've probably seen legislators around the world occasionally bring their babies to work, which might become increasingly common down the road as more women enter politics. But in one instance, when Danish member of parliament Mette Abildgaard brought her baby to work, The Washington Post reported that she was told, "You are not welcome with your baby in the parliament’s chamber."

According to the publication, the speaker of parliament, Pia Kjaersgaard, passed a written message to Abildgaard, telling her that her baby was not allowed inside. Kjaersgaard defended her move on Twitter, The Hill reported, saying that she "quietly" asked the secretary of parliament to relay the message to Abildgaard, who is a member of the Danish Conservative People's Party.

Abildgaard herself also wrote about the incident on Facebook. "I didn’t ask for permission to bring [the infant] since I had previously seen another colleague bring a child into the chamber without any problems," Abildgaard wrote, according to a Washington Post translation of the legislator's post from Danish. "I’ve never brought my daughter to Parliament before, and it wasn’t the plan to do so today. But Jens Jacob [the baby’s father] couldn’t step in this time and shortly before the session I found out I had to vote."

Abildgaard had said that while she could've taken advantage of a year of maternity leave, she still went into work in order to cast her vote, per The Copenhagen Post. Claus Brask, a spokesperson for Kjaersgaard, told the publication that the Danish speaker "acted because she felt that Mette Abildgaard’s baby was disturbing the meeting." However, Abildgaard told The Guardian that the baby was "in a good mood and had a pacifier in her mouth."

The Danish parliament does not have specific policy for legislators when it comes to bringing their infants to the floor, according to The Hill. It is up to the speaker of the parliament to decide how lawmakers approach the subject, and in this case, it was Kjaersgaard who decided the rules.

The Guardian reported that Kjaersgaard explained to her position to the press later on. "Members of the parliament should be in the chamber, not babies or children," she said, according to The Guardian, added that she would issue regulations on the matter in the future. Abildgaard's assistant took her child, The Guardian reported, and she returned to the chamber to cast her vote.

Women legislators around the world who decide to bring their infants to work is nothing new. In 2018, Canadian Minister of Democratic Institutions Karina Gould had a viral moment when she was spotted breastfeeding her baby in parliament. In the United States, Illinois Democratic Sen. Tammy Duckworth became the first senator in the country's history to cast a vote with her infant present in April.

Last year, New Zealand's prime minister, Jacinda Ardern, became the world's second leader to give birth while in office. The first to do so was Pakistan's former prime minister Benazir Bhutto.

Despite these examples, it's difficult to say if more parliaments will become hospitable to members who are mothers. As reporter Emily Tamkin noted for The Washington Post, the goal is to see whether such political spaces can normalize the idea of "visible maternity."