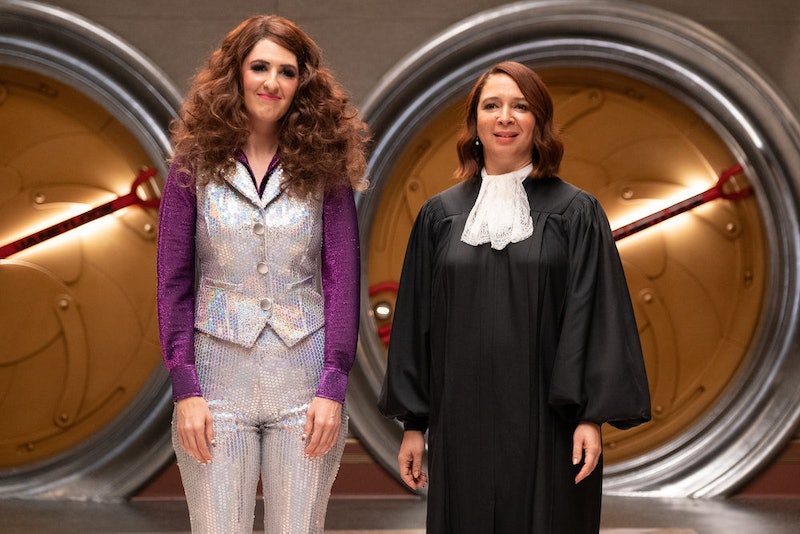 In the winter premiere of The Good Place, Eleanor and co. struggle to reinvent the broken afterlife before the Judge can follow through on her verdict: that humanity needs to be canceled and restarted from scratch. But, as is so often the case, it's the increasingly human Janet who saves the day, banding together with other Janets to play keep-away with the garage door-opener that resets life on Earth. What ensues is somewhat of a hat tip to Season 3's masterful "Janet(s)," in which Chidi, Jason, Tahani, and Eleanor all ended up in Janet's void looking just like her. After watching D'Arcy Carden hilariously play five characters at once, seeing her play a full dozen is a genuine delight.

While Jan. 9's "You've Changed, Man" is primarily about whether or not Shawn will compromise with the Soul Squad on their new proposal for life after death, it's the episode-long wild goose chase through all the Janet voids that delays the judge and makes it all possible. Carden does Neutral Janet, managing to speak full sentences without moving an eye muscle; Disco Janet, adopting a breathy alto and spending the episode on roller skates; and, let's hope not for the last time, a handful of Bad Janets, who despite their moral U-turn to take the side of humanity, remain as flatulent as ever, farting even as they cry into marbleization. If there's any lesson to be taken away from The Good Place's final season, it's that the sometimes-underutilized Carden is just as much of a star as Manny Jacinto's cheekbones.

More like this
Everything To Know About 'And Just Like That...' Season 2
By Jack Irvin and Grace Wehniainen
These Brooke Davis Quotes From 'One Tree Hill' Will Never Get Old
By Sabienna Bowman and Jack Irvin
'The Last Of Us' Episode Schedule Competes With The Super Bowl & Oscars
By Brad Witter
Grammys Host Trevor Noah Made Adele's Dream Of Meeting The Rock Come True
By Brad Witter
Get Even More From Bustle — Sign Up For The Newsletter
From hair trends to relationship advice, our daily newsletter has everything you need to sound like a person who’s on TikTok, even if you aren’t.