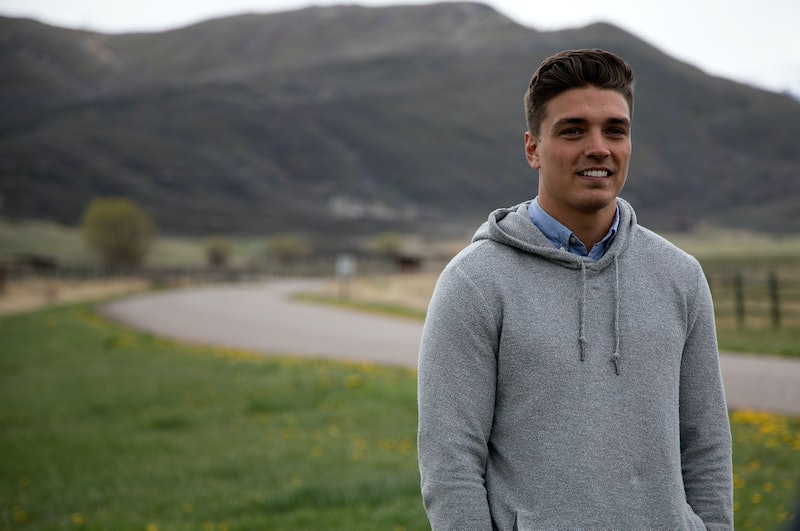 The hometowns episode of The Bachelorette is often a defining moment in the season. This season, Rachel was prepared for her dates with the four remaining suitors, Peter, Bryan, Eric, and Dean, to stir up a lot of emotions. However, a visit to meet Dean Unglert's family in Aspen, Colorado was especially tense, and quickly dissolved into arguments and tears. It was an intense episode, but in an interview with E! News, Dean said he doesn't regret taking Rachel to meet his family, even if things got messy, because he thought this side of him was important for Rachel to see.

After the episode aired, fans worried that the producers' choice to air such personal scenes on television might have been exploitative. In the episode prior to hometowns, Dean seemed hesitant to introduce Rachel to his family, and revealed that he hadn't spoken to his father in two years. However, in his interview with E!, Dean said that he had the option to involve friends for the hometown date instead, but felt it would be more honest to show Rachel his family life.

"There was some consideration of, like, involving my friends in the hometown date instead of my family, but at the end of the day, but I just think that, for Rachel's sake, I think it was important for her to meet my family," he told E! News. "It's like, as raw as that was, it's just reality so there's no point in hiding any of it, you know?"

Dean did mention that he was disappointed with how the reunion unfolded. "My only drawback from that hometown date is the date was more centered around my father and me and less about my family and Rachel, so I kind of feel bad for taking away that from her," Dean said to E!. "But it definitely escalated much quicker than I expected it to."

In a strained scene, Dean fought with his father over their relationship in the period after his mother passed away, as he tried to explain his feelings of abandonment during that dark period. The reality show contestant has definitely has to grapple with having such a personal story shared on television. "Even some of my best friends aren't really familiar with my story, or my mother's passing or my relationship with my father, so for that to all kind of play out on national television is kind of weird," Dean told E!. "I definitely opened up more than I expected to."

Even though the episode was more tumultuous than expected and Dean was, unfortunately, sent home at the end, the suitor doesn't regret the experience. "The reaction seems to be pretty positive from everyone, it's nice to be able to be a voice for people who don't have the most nuclear family," Dean said to E!. "So, I don't know, it's hard to say anything negative about it."

The contestant mentioned that he still isn't speaking to his dad, but that it's his own choice. "My father has texted me maybe once since then, but we haven't really had much more of a correspondence since then," Dean said. "I'll always love my father for the man that he is. I think I just have to be accepting that we're not really set to have a relationship at this point. I think I personally have a lot of maturing and growing up to do, and maybe once that happens, I'll be in a better spot to have a relationship with him, but it's not today."

Dean didn't end up being Rachel's future husband, but he doesn't regret putting himself in such a vulnerable position, and it sounds like the events of his hometown date will proved to be more cathartic than damaging.

This isn't the end of the road for Dean and the Bachelor franchise. After having some time to heal, he signed on to participate in Season 4 of Bachelor in Paradise, which will premiere Aug. 14.