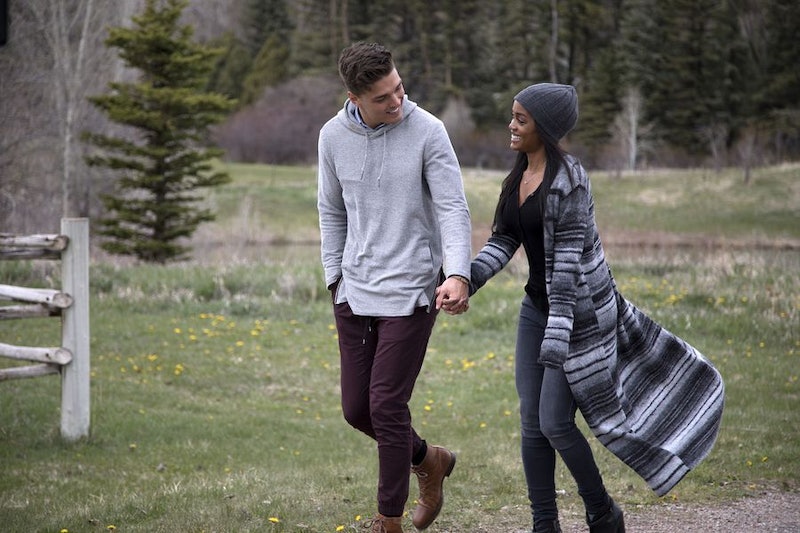 Now that Rachel has eliminated Dean from her season of The Bachelorette, fans are wondering if he will be the next Bachelor star. It has also been announced that Dean will be a part of Bachelor in Paradise, so he needs to get to that first. But unfortunately for fans, regardless of Paradise, it sounds like Dean probably won't be the next Bachelor. But he's not against the idea in the future.

Dean told E! News, "I don't want to say I have no interest in being the Bachelor, I just think I still have a lot of personal growth to do before I'm ready for something like that."

This really doesn't bode well for Dean's stint in Paradise. Someone who walked away with an engagement would probably not discuss joining another dating show. Then again, Nick Viall got together with Jen Saviano on Paradise before he accepted the Bachelor lead, so it is possible that he fell for someone there, too.

Dean continued, "I just don't think I'm ready for it. I just think that from an emotional standpoint I need to figure out a lot more about myself before I dive in and be the lead of anything. I think I have a ways to go before I'm ready for something like that."

He's clearly not ruling out the idea of being Bachelor eventually, though, and that is something his fans (and potential future suitors) have to be happy to hear.

Dean's age was a hot topic of conversation on The Bachelorette and it is still very relevant in this Bachelor discussion. Dean isn't offended by the chatter at all. He admitted, "To be honest, I'm kind of flattered that the only reason people don't want me to be the next Bachelor is because I'm too young." He added, "I will fully agree with them. I think I have a lot of emotional maturity and growth to go through before I'm ready for something like that."

So, who does he think should actually take on the task? None other than Peter Kraus. "Hands down, Peter Bachelor 2018, if that's possible!" Dean said. "I don't know if he's engaged or not. But I would gladly concede to Peter as next Bachelor."

Of course, fans want Dean to find love on Bachelor in Paradise, but if he doesn't then maybe he will be the one handing out the roses in a year or two? He definitely has the personality (and looks) to carry the show and with time he might be ready to drop down on one knee and propose.