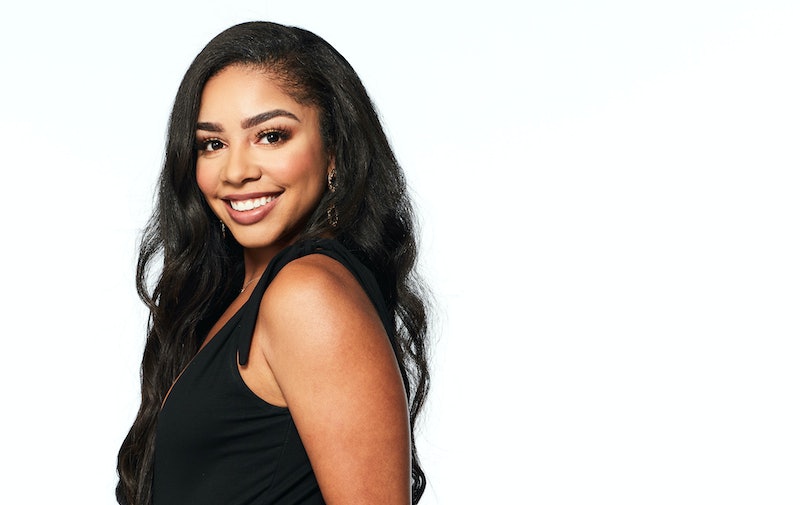 Among the 30 women vying for Pilot Peter's heart on The Bachelor this season is Deandra, a 23-year-old Home Care Coordinator from Plano, Texas. According to her ABC bio, she hates EDM and "still cries when she gets her blood drawn." And as she proclaimed in an intro video, she thinks of herself as "crazy, but in the best way."

According to Deandra's Linkedin, she graduated from the University of Texas at San Antonio in 2018, where she studied communications and PR. But while she may be from Texas, she actually grew up in Maine, her ABC bio explained. Now, it seems like Deandra is ready to settle down. "She's looking for someone to be as loyal to her as she would be to them and wants a man who will kill a spider for her as she runs away screaming," her bio reads.

However, she has some conditions for the lucky guy: "Deandra also says that any man she commits to must be willing to spend the holidays with her family, as that time of year is non-negotiable," her bio continues. "They go all out and will have an extra seat at the table this year in case Deandra comes home hand in hand with Peter!"

Here's what else you need to know about Deandra while you watch her Bachelor journey unfold.

This explains why Christmas is such a big deal to Deandra. Growing up in such a crowded house also helped her learn how to stand out. "Her favorite feeling in the world is being the center of attention and, according to her mom, she thrives in the spotlight," Deandra's ABC bio reads.

Deandra's bio explains that her dad is from Nigeria, and she often posts Instagrams of her and her family visiting his home country.

She Loves to Floss

Mykenna may love to "cringey wine dance," but Deandra's got some weird moves, too.

Deandra started making videos a year ago, beginning with the above clip detailing her insomnia struggles. On her channel, she's also gotten candid about her anxiety, as well as done more straightforward lifestyle videos about Lululemon products and switching deodorants. However, it seems like she stopped posting six months ago, so it's unclear whether her YouTube career is over or just on a temporary hiatus.

Deandra "considers herself to be a farmer's market aficionado," according to her ABC bio.

She Is Unfortunately the One in the Windmill Costume

It's unclear whether this was a genius move or a rookie mistake, but a Bachelor teaser shows Deandra emerging from her limo wearing a sparkling red gown...and a windmill costume, which is, of course, a reference to the fact that Peter and Hannah B. had sex four times in the windmill they stayed in during their overnight date.

No shrinking violet, Deandra saunters up to the bachelor and says, "I have one question for you: Are you ready for round five?"