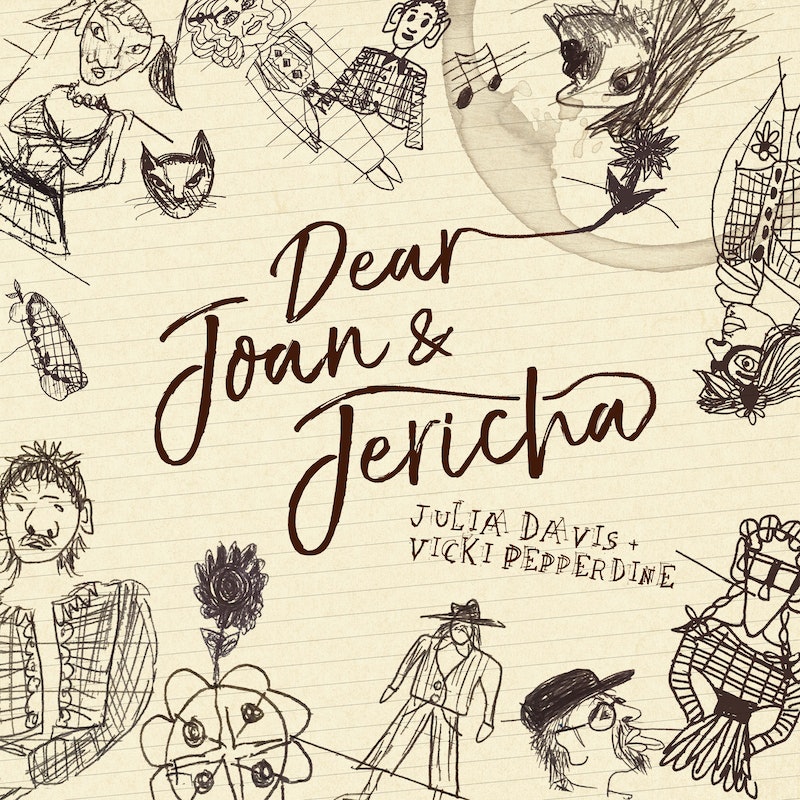 Do you ever take a moment to read the problem pages in magazines while you're sat twiddling your thumbs in a waiting room? To see what's getting people down and what the expert tasked with remedying the whole situation has to say on the matter? Heck, maybe you even rely on them for support yourself. More likely, though, you look to them for giggles (you terrible person) and if you're that type of evil person (hands up, I am) then you will be excited to hear that everyone's favourite Dear Joan & Jericha is back for season two.

The podcast's second dose of entertainment will launch on Thursday Oct. 3, 2019, to be precise, and will be available weekly on the Acast network.

The show, for those not in the know, is just about one of the darkest and funniest podcasts you'll ever hear. It's that kind of delicious comedy where you're laughing but you feel a bit uncomfortable and you know it's not OK but you're absolutely OK with it. And what's better is the show is the brainchild of British comedy actors and writers Julia Davis and Vicki Pepperdine. They play the eponymous fictional agony aunts who serve to shock even the hardiest of folk.

Joan Damry (Davis) and Jericha Domain (Pepperdine) are the hosts of this show, which deals with listeners problems in the most overtly sexual, explicit, and downright ridiculous manner. According to the show's blurb, Joan and Jericha have "worked in the fields of life coaching, female sexual health, psycho-genital counselling and sports journalism for the past 32 years." Jericha has written a stonking five books on depression while Joan has recently started writing erotic-romantic adult fiction.

The fiercely opinionated agony aunts give what can only be described as gut wrenchingly horrific advice to their listeners, with the ongoing joke being that they have absolutely no idea what they're doing. For one, they consistently blame the woman for whatever the problem is, suggesting a whole host of ludicrous ideas about what they could do to solve their problems.

Joan and Jericha offer advice on all manner of topics from genital issues to a loss of spark in the bedroom to things that haven't even been suggested by the complainants. All in a manner so forthright and chill that it's quite shocking neither Davis nor Pepperdine break character and get the giggles. Because, as if it couldn't get any better, the show is actually all ad libbed. Which is a definite look into the minds of these comedians and makes me think, yes, we would definitely be friends.

But controversial, unpleasant, and bloody brilliant characters are nothing new to this pair. And boy oh boy do we love them for it.

Davis' hit show Sally4Ever was perhaps one of the most shocking comedies in recent years. One of the stars of the show was the utterly vile and unprofessional therapist who was played by Pepperdine. Her scenes with Davis' character Emma were so raucously hilarious that one might feel concern for one's breathing abilities when watching it. The subject matters always go a little bit too far but somehow they consistently manage to nail it. A skill which they have not only transferred but seemingly made into a fine art on Dear Joan & Jericha.