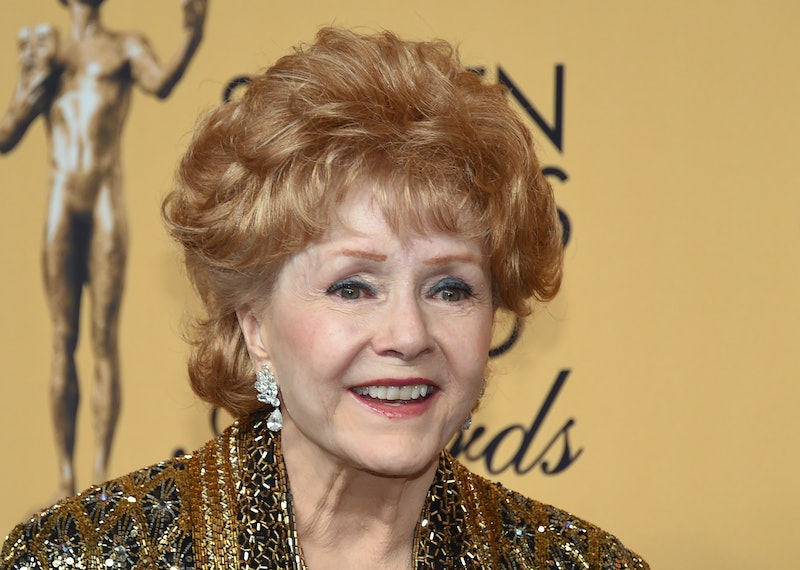 This week has been absolutely devastating for Star Wars fans following the death of Carrie Fisher, and just one day later, even more heartbreaking news came with the death of her mother. Legendary actor Debbie Reynolds died at age 84 on Wednesday, and although she might be gone, she has definitely left a legacy behind that will live on — and not just because of her career in entertainment. Reynolds' dedication to mental health causes is something that isn't often talked about, but it should be, and hopefully, people will remember that just as they'll remember her in Singin' in The Rain.

Because while Fisher's work toward reducing the stigma around mental illness is something she's always been known for, the way that Reynolds supported the cause was in a much quieter way. Fisher was outspoken about her bipolar disorder and what it meant for her to live her life that way, but many people don't know that Reynolds worked to help people who suffer with the disease and others like it, too. It might not have been something she was constantly talking about, but raising money to help various mental health causes was obviously close to her heart, and that shouldn't be forgotten.

The biggest, most notable way that Reynolds accomplished this? Through acting as the president of The Thalians, an organization where people in Hollywood band together to tackle mental health issues. According to The Thalians' website, the group was founded in 1955 with Reynolds as one of the original members, and two years later, she was made president — a role she held for more than fifty years.

And her decades of dedication to the organization did not go unrecognized. In 2015, she received the Jean Herscholt Humanitarian Award for her work with the Thalians, and highlighted their project that benefited former members of the armed forces who struggle with PTSD.

It's so easy to remember Reynolds for her legendary career, and even for Halloweentown, because let's face it: who doesn't love that movie? But just as important as Reynolds was to the history of cinema was the ways she tried to help those suffering from mental illness. Her legacy is more than just who she was on camera, especially because who she was off camera and in real life was even more wonderful.

More like this
Alyson Stoner Says She Went To Rehab After Auditioning For 'The Hunger Games'
By Jake Viswanath
'Everything I Know About Love’s Street Champions Mental Health IRL
By Sophie McEvoy and Rachel Mantock
Here’s How Lizzo Is Supporting Abortion Rights After The Roe v. Wade Reversal
By Brad Witter
Olivia Munn Got Real About How Her Body Hasn’t “Snapped Back” Post-Pregnancy
By Stephanie Topacio Long
Get Even More From Bustle — Sign Up For The Newsletter