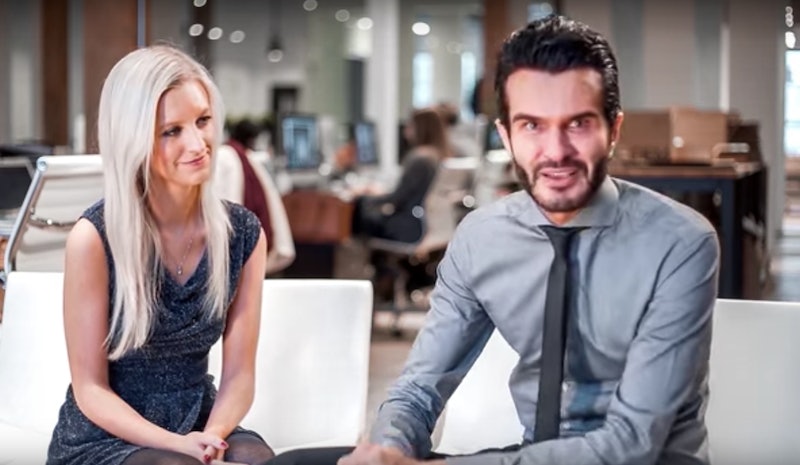 In a statement released on Monday afternoon, Deciem skincare announced that founder Brandon Truaxe died. The company did not immediately share a cause of death.

"Brandon, our founder and friend. You touched our hearts, inspired our minds and made us believe that anything is possible," the statement, posted to Instagram, read. "Thank you for every laugh, every learning and every moment of your genius. Whilst we can’t imagine a world without you, we promise to take care of each other and will work hard to continue your vision. May you finally be at peace."

Acting CEO Nicola Kilner shared the news with Deciem's staff via an email, according to Vox, who received a copy of the correspondence. Kilner described being in "disbelief and shock," and shared that Truaxe died over the weekend.

"Heartbroken doesn’t come close to how I, and how I know many of you will be feeling," Kilner wrote. "All offices, warehouses, factories and stores please close today and take the time to cry with sadness, smile at the good times we had, reflect on what his genius built and hug your loved ones that little harder."

Deciem was first founded in 2013, and the company oversees ten different brands, according to its website. Deciem's brand The Ordinary, which first debuted in 2016 according to Fashionista, has received a tremendous amount of attention in recent years, largely for its array of affordable skincare products.

Truaxe was an increasingly controversial leader company leader. In 2018, Truaxe posted a series of controversial posts to the company's Instagram account, as explained in a timeline published by Fashionista. In October of 2018, Truaxe announced via the social media platform that Deciem would soon be shutting down.

In response, minority shareholder Estée Lauder took legal action, and a Canadian judge granted the company an injunction against Truaxe, per Fashionista. Truaxe was then removed from his position as CEO, at which point Kilner took over as interim company head. However, the company publicly expressed no ill-will toward Truaxe, commending his role in the brand's history.

"Brandon will always be the founder of DECIEM," the company wrote in a statement posted to Instagram on October 15, after Truaxe was removed. "We will take the passion and values he has instilled within us as we continue to grow the brands we have created with transparency, integrity, authenticity, function and design."

In a statement reported on by BuzzFeed, Estee Lauder reportedly described Truaxe as a "genius."

"As the visionary behind Deciem, he positively impacted millions of people around the world with his creativity, brilliance and innovation," the company's statement said. "This is a profound loss for us all, and our hearts are with Nicola Kilner and the entire Deciem family."

In recent days, Truaxe posted several lengthy videos to Instagram, which depicted him walking around his penthouse, discussing a variety of subjects. Whether or not more details surrounding his death will be released publicly is not immediately clear. In the meantime, skincare connoisseurs are mourning his death in tributes posted across social media.