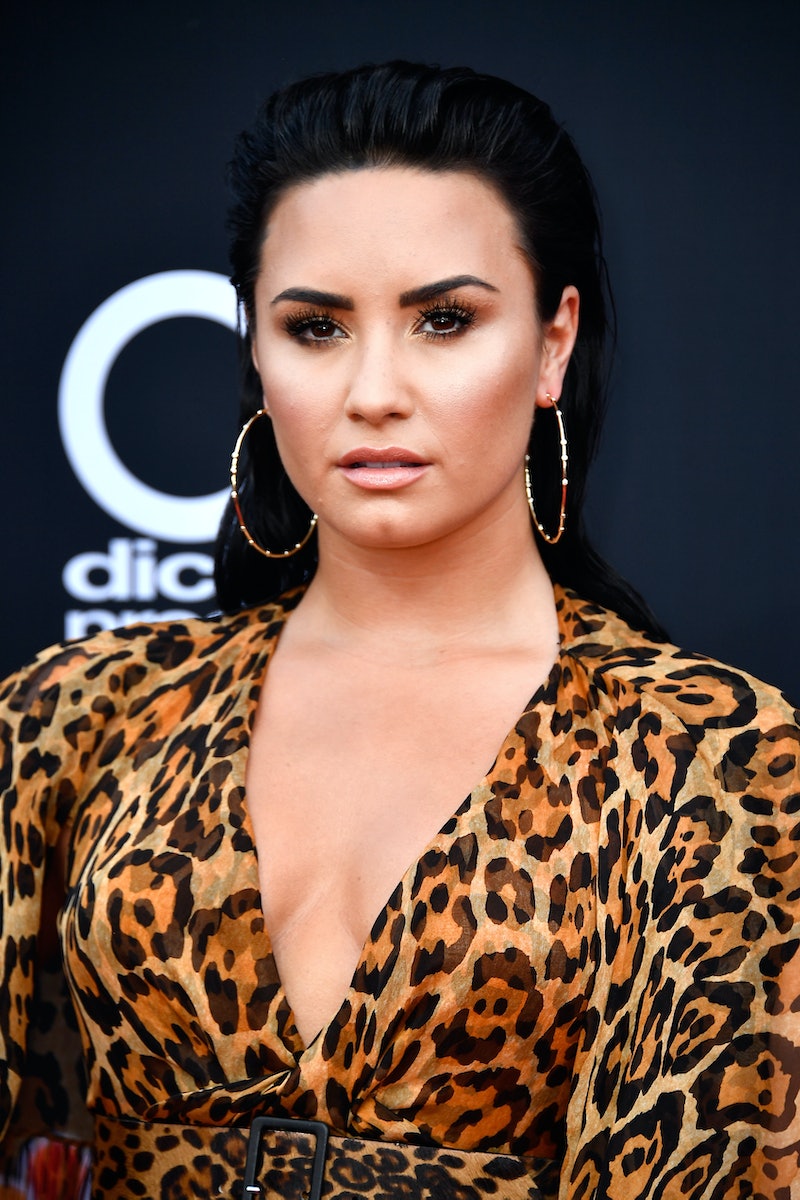 On Monday night's episode of The Bachelorette, fans were super bummed to see Hannah Brown send Mike Johnson home before hometown dates. But there's one celebrity who could end up benefiting from his departure... at least, if fans have their way. It's happening, y'all: People are shipping Demi Lovato with Mike from The Bachelorette, and it's actually not a huge stretch to imagine them together.

If you follow Lovato on Instagram, you already know that every week, she shares all of her fangirl feelings about The Bachelorette, and this time, a lot of them focused on Mike. She shared footage from Mike's one-on-one date, writing, "Mike I accept your rose."

"His smile! And his eyes!" Lovato can be heard gushing in the background of the video of her Instagram Story. "He smiles with his eyes. And he always picks her up and swings her when he hugs her. Swing me! Kiss me!"

And then, when Mike and Hannah sat down to dinner and she delivered the news that she'd be sending him home, Lovato screamed, "No! I'll take him! Call me!" It's pretty clear that Lovato's choice is definitely Mike, and she didn't hold back from sharing that fact with the world.

And now that Hannah has cut Mike loose, it seems like he's once again actively looking for the right woman for him — that fourth important lady in his life that he was talking to Hannah about during their date. In fact, Mike shared a tweet about what he's looking forward to in his next relationship.

"Jus saying, my future wife though," he wrote. "Girl you ready for smiles, adventure, comfort, growth, honesty, laughter, me falling using my inhaler and kissing your stretch marks and imperfections. Where u hiding."

And now, tons of fans are replying, letting him know that his future wife is right in front of him, because she is Demi Lovato, obviously.

In fact, one fan shared a screenshot of Lovato liking and commenting on an Instagram post letting her know that her chance with Mike is here, and it seems like she's definitely down for it. "I'M RIGHT HERE MIKE I'M RIGHT HERE BOO MY MOM ALREADY LOVES YOU TOO," she wrote.

And plenty of others hopped into Mike's replies, introducing him to the woman they believe should be his future wife.

So far, Mike has yet to fill everyone in on whether or not he's realized that Lovato is into him — or if he plans to act on it. Who knows? Maybe he's sliding into her DMs as we speak. Obviously, it's totally up to him.

There's no telling if Lovato and Mike will ever cross paths and fall in love. But if they're destined to live happily ever after, then it will happen. Either way, Mike is now free to find someone who will appreciate everything he has to offer. Maybe he'll be the next Bachelor, and Lovato can be one of the contestants on his season? We can only hope.