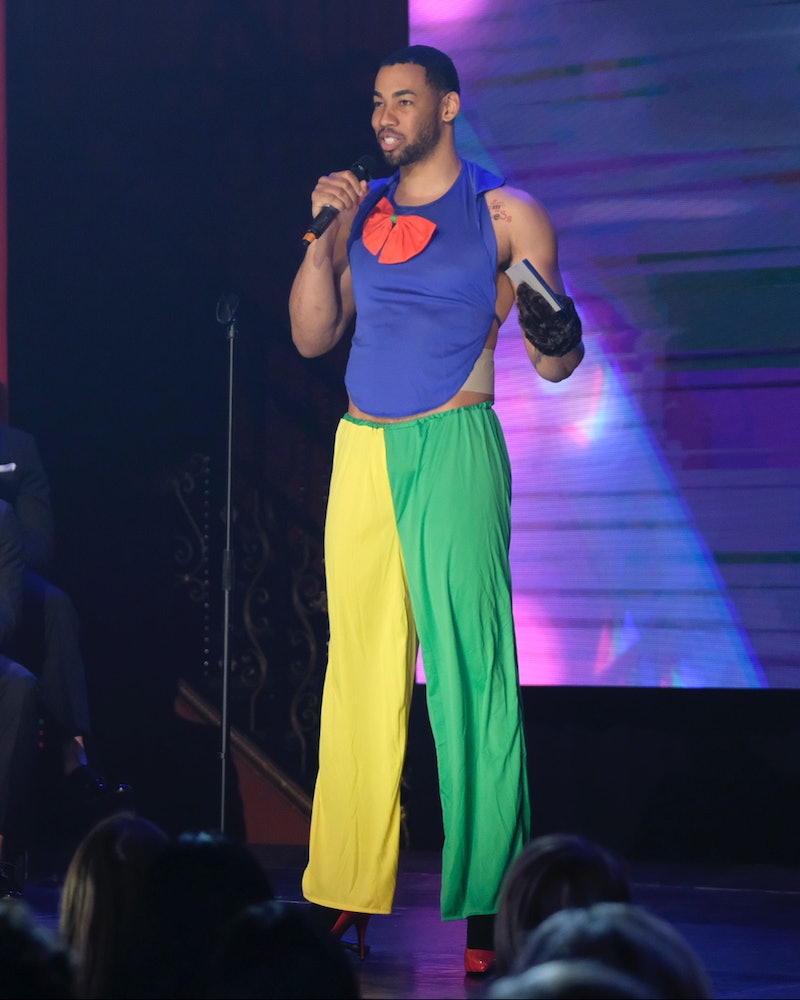 Amid all the drama on The Bachelorette this season, Mike has felt like the grounding presence everyone needs. He isn't afraid to call people out (ahem, Luke P.), but he does so and moves on, rather than dwelling on anything negative. And when things are just too out of control, he sits back and rolls his eyes right along with everyone watching at home. But all good things, apparently, must come to an end, because Mike went home during The Bachelorette's Monday night episode.

Despite the fact that he got an adorable one-on-one date, during which he and Hannah rode bikes through the Netherlands and painted... interesting portraits of each other, things did not go Mike's way. Nothing terrible happened between the two of them — it seems like they just didn't quite have the spark Hannah felt she needed in order to proceed with a hometown visit next week.

After Mike talked about how he was excited to spend time with someone who could potentially be his wife, it was clear Hannah needed to pump the brakes a bit. "Mike is always very open and very honest with how he's feeling at all times ... but right now I'm trying to decipher what I feel," Hannah said in an interview with the cameras. She also said she didn't want to face his family next week if she wasn't absolutely sure of her feelings. "I need to be confident in what I say [to them], and right now, I don't know what I would say," she continued.

After a tearful conversation at the end of their date, Hannah told Mike it simply wasn't in the stars for them, even though he's been kind of a rock for her throughout the season. "You're looking for your fourth lady," Hannah said through tears, referencing Mike's mom, grandmother, and sister. "And I know I'm not that fourth lady." It was truly a heartbreaking exchange, and fans on Twitter were crying right along with Hannah. Mike was gracious, as always, thanked her for being honest, and held her hand as she walked him out. He was more openly devastated in the limo, but everyone involved here was a class act.

Bachelorette fans will no doubt miss the many meme-able faces Mike gave us, the always appropriate clapbacks, and of course, that smile. Even though he was dealing with a whole lot of conflict that pulled Hannah's focus away from him, Mike stood out as someone viewers were genuinely rooting for and curious to learn more about — that's not always easy to do among a cast of guys that often seems so similar that they even share clothes.

But as heartbreaking as it is to see him go, Mike will be just fine, and honestly, this opens him up to be the next Bachelor, which is what pretty much the whole of Twitter is hoping for.

Sometimes the Bachelor/ette powers work in mysterious ways. Knowing that, while we all mourn the loss of Mike this season, we can still hold out hope that this isn't the last we'll see of him.