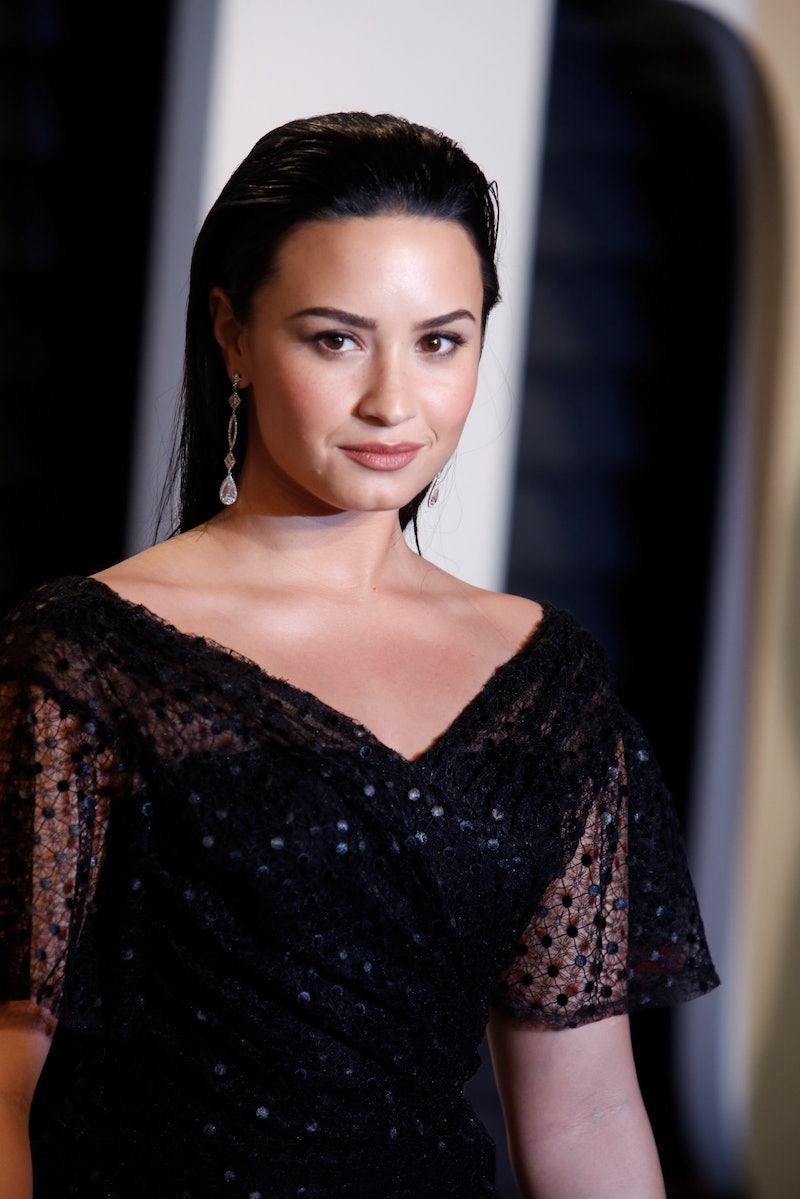 The best tattoos tell a story, as Demi Lovato's new back tattoo attests. The "Sorry Not Sorry" singer is currently on a social media hiatus as she works on fresh music, but on Tuesday, Dec. 24, tattoo artist Alessandro Capozzi shared a photo of her new ink. The artist revealed that he and Lovato worked together to create the image of an angel being lifted by doves to represent her rebirth.

Capozzi captioned the stunning image: "We created this piece together to represent a rebirth of the spirit. The dark wings represent the bad times, their fading away is how she moved forward. The light from within represents the inner strength necessary for the change and the doves, pulling her up, symbolize the reach of an higher state of consciousness."

Lovato has been through a lot in recent years. In 2018, the "Sober" singer was hospitalized, and she's been open with her fans about her struggles with addiction and mental health in the past. Throughout 2019, she appeared to be focusing on her health and returning to the recording studio, and her new tattoo seems to reflect her journey.

As Capozzi described it, the tattoo represents change and moving forward — two things that Lovato has been doing throughout the year. Last January, she celebrated six months of sobriety, per People, and in October, she went on a spiritual journey to Israel where she was baptized in the Jordan River. She shared photos from the trip on Instagram, which she captioned in part, "This trip has been so important for my well-being, my heart, and my soul. I’m grateful for the memories made and the opportunity to be able to fill the God-sized hole in my heart."

Despite her social media break, Lovato made an exception to thank Capozzi for his work. She commented on his post, "Thank you so much it’s incredible and you are so extremely talented."

Lovato's angel tattoo isn't the only meaningful new ink she's received in the past month. Earlier this December, she had the word "survivor" tattooed on her neck by Dr. Woo. He shared a picture of the ink on his Instagram page alongside the caption, "On a real one." Her "survivor" and angel tats join a growing collection of meaningful tattoos that also include the word "me" on her finger and a recreation of her grandmother's photo from when she was 26.

The 27-year-old seems to be refocusing as she prepares for the next phase in her career. On Dec. 4, she posted a blank image on Instagram signifying her social media hiatus. She captioned the post, "The next time you hear from me, I’ll be singing....," and although no record or new song have been announced, Lovato's message and her new tattoos show she's looking forward to a new beginning in 2020.