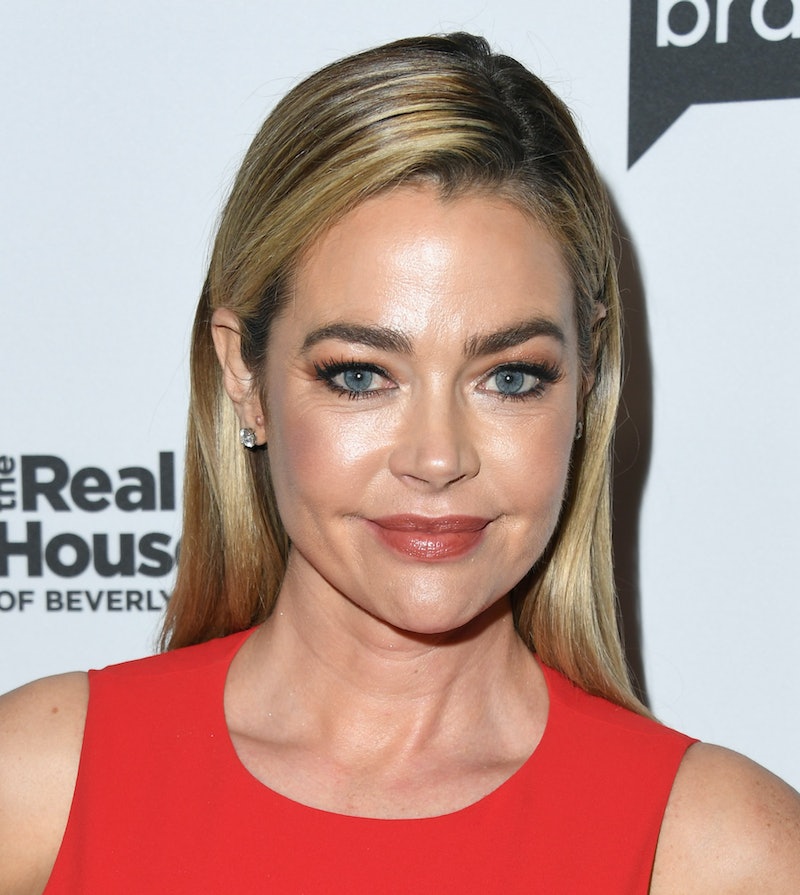 Three episodes into Real Housewives of Beverly Hills Season 9 and Denise Richards is already a fan favorite. During the Feb. 26 episode, Denise Richards talked about her kids in a conversation with Lisa Vanderpump while they got massages in the Bahamas. As idyllic as it sounds to get massages in a tropical location with LVP, the two Housewives actually did get into a pretty serious conversation.

One thing that they both have in common is that they adopted their youngest children. Lisa has talked about her son Max Todd's adoption on previous RHOBH seasons. New Housewife Denise opened about her daughter Eloise joining her family during the episode.

In an on-camera interview, Denise explained, "After I filed for divorce, I wasn't done having kids, so I decided to adopt a child on my own. It was a year and a half process before I adopted Eloise." Lisa asked if Eloise was close to her two older sisters Sam and Lola Sheen, who she had with her ex Charlie Sheen and Denise confirmed that she is.

Denise also told Lisa, "It's hard though for her to have play dates because she can't really talk." She explained, "She can only say a few words. She was diagnosed with a chromosome disorder and that's what's caused her delays."

Denise opened up about raising her three daughters in a Feb. 6 interview with People. Denise declared, "Every child is different." The Beverly Hills Housewife explained,

"You take care of your children no matter what is going on with them. I don’t know if [Eloise] is ever going to talk like a typical child. But as a parent, you want what’s best for your children, and you just do it."

Specifically, she revealed that Eloise was diagnosed with a deletion in chromosome 8, which has led to some challenging moments. The newest Housewife revealed, "[Eloise] wasn’t able to sit up on her own for a very long time, and she didn’t start walking until she was 2, and that was with physical therapy."

The mother of three admitted to People, "It’s been challenging. I’m learning every day because they don’t really have a road map for her particular case."

In a Feb. 12 interview with Entertainment Tonight, Denise explained why she opened up about Eloise during filming. She began, "It came up on the show, and people watching… would see different things about her." She added, "So obviously, I had to talk about it." She went on to explain, "If I'm gonna do a show like this I would want to be my true authentic self." Real Housewives of Beverly Hills is such a popular show and Denise's openness could have a positive impact on many people in similar situations. Or she could even enlighten people who aren't familiar with what she's gone through as a mother.

Denise added, "I was so touched at how supportive and really wonderful everyone has been, sharing their stories and bringing it out in the open. It was really pretty incredible." Yes, it is.

During the Feb. 26 episode, Lisa told Denise, "I'm sorry that it's so difficult for you, but then I see how much joy you get." In response, Denise concluded, "I'm so lucky that she's my daughter" and that is something that everyone can see.