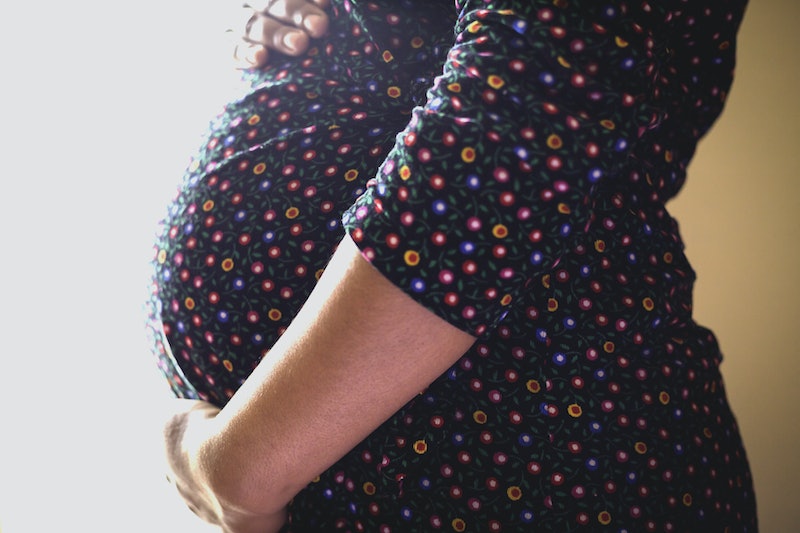 Being pregnant can radically change your life, even before your child is born. Now, a new study published on Friday in the Journal of the American Medical Association: Network Open (JAMA) reports that depression affects more pregnant millennials than previous generations. Gizmodo reported that this longitudinal study evaluated the mental health of pregnant women in the early 1990s, and then followed up with an assessment of how their daughters, or the female partners of their children, fared during pregnancy a generation later.

According to Newsweek, this research shows that depression rates are 51 percent higher among pregnant millennial women than they were a generation ago. Newsweek further reports that the study followed two generations of women in Southwest England, who were pregnant between the ages of 19 and 24. Researchers found that women with pregnancies between 2012 and 2016 were significantly more depressed than those who gave birth between 1990 and 1992. Gizmodo also reports that the differences in depressive symptoms between the two groups held up even after researchers adjusted for other factors — like education level, physical health, and whether or not participants smoked. Newsweek notes that while only 17 percent of the nearly 2,400 first-generation mothers showed signs of depression, symptoms such as guilt, anxiety, and sleep problems were significantly higher among their daughters and younger counterparts.

According to Gizmodo, the study’s authors stated that a shortage of parental leave programs at work, economic stress, and lack of workplace flextime might be at the root of depression among pregnant millennial women, while “chronic stress, sleep deprivation, eating habits, sedentary lifestyle[s], and the fast pace of modern life,” may also be contributing factors. Interestingly, researchers also found that women whose mothers were depressed during pregnancy in the '90s may have a higher risk for depression during their own pregnancies a generation later, Gizmodo reports. Newsweek further reports that, according to a 2018 Center for Health Statistics report, women experience depression at twice the rate that men do. Hormonal changes associated with puberty, menstrual cycles, and pregnancy may account for the higher rates of depression among women. Newsweek also notes that the persistent wage gap and economic inequality, sexual assault and harassment, and the effects of long-term caregiving also account for higher rates of depression in women.

According to the study, its authors state that given the high risk factors for depression among millennial women, and “the consequences for the mother, the child, and the wider society,” mental health resources and interventions have never been more urgent. The study’s authors hope that these findings will promote depression screening initiatives for young mothers, as well as greater access to mental health resources overall. By making mental health care more accessible, especially during pregnancy, the study’s authors stated that such efforts could “minimize the the potentially far-reaching impact of depression on mothers, their children, and future generations.”

It’s worth noting that, according to Gizmodo, there are some potential limitations to this research — the group of millennial women who participated made up a much smaller number than the nearly 2,400 women in the first group. And given the age groups studied, it is possible that younger women are more prone to depression during pregnancy than older mothers are. It’s also possible that millennial women are more open about discussing mental health issues than previous generations have been, due to decreased stigmas. That said, there is ample evidence that depression treatments and interventions work, and can make a significant difference for people. Depression is a serious illness that has huge impact, and it’s a no-brainer that access to help for preventing and treating the symptoms is key — no matter the reasons, or at what stage of life they occur.

More like this
Help! My Boyfriend Won't Tell Me Why He Stopped Going Down On Me
By Sophia Benoit
How To Politely Reject Someone Who Keeps Asking You Out
By Laken Howard and Lexi Inks
Kourtney Kardashian Says She “Loves” The Changes To Her Body Caused By IVF
By Jake Viswanath
I Tried The Air Up Water Bottle, Which Flavors Your Drink With Scents
By Carolyn Steber
Get Even More From Bustle — Sign Up For The Newsletter