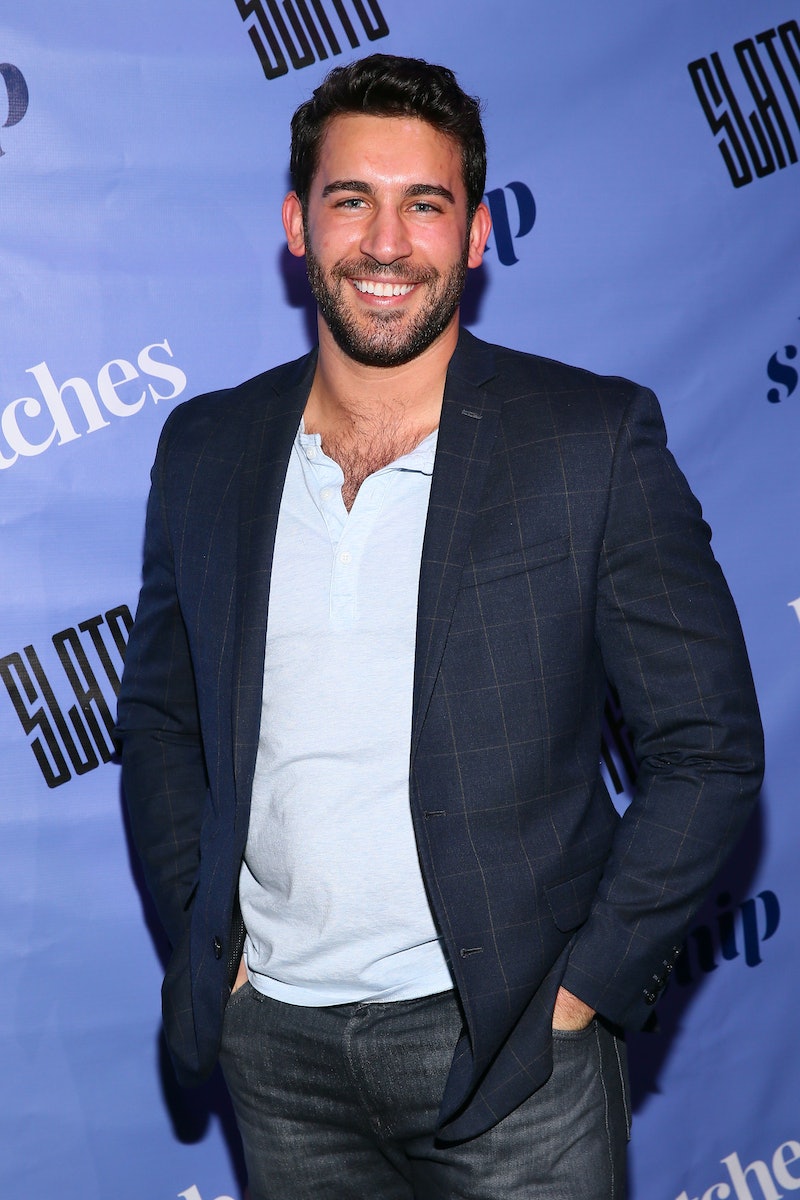 Even though their first date started out as a total disaster, Derek Peth and Stephanie Pratt have a "romantic weekend" coming up. The reality TV stars previously revealed that Stephanie was over an hour and a half date for their first date, which didn't make the best impression. Nevertheless, they were able to turn things around. Even though Bachelorette alum Derek lives in New York City and Stephanie is based in Los Angeles, they've stayed in touch and made new plans.

Unfortunately, this possible future couple is not on a reality TV show together. However, they've shared updates that fans can follow on the Pratt Cast podcast, which Stephanie hosts with Bachelor in Paradise bartender Wells Adams. On the April 1 episode, Stephanie remarked of Derek, "It got off to a rocky start, but we’ve been texting and he’s actually flying in this weekend." Going from one coast to another is a very good sign that he's interested, right?

Then, The Hills: New Beginnings cast member revealed, "This is going to be a romantic weekend." Apparently, Derek is on the same page because he wants to make sure he's in the moment and phone-free during their hangout.

Stephanie began, "So, I made a bet for him for this weekend. He was like 'By the way, I was just thinking about your disappearing phone act.' Let it go. This was Saturday. Come on, Derek." For anyone who's out of the loop, Stephanie blamed her phone for making an unflattering first impression on their first date during the March 25 episode of her podcast.

Stephanie said she was late to her date with Derek because she thought the time on her phone was wrong after daylight savings time. She didn't realize that the time automatically changed on her phone. And as a result, Derek started their date without her. Then, Stephanie was supposed to cohost the March 18 episode of her own podcast to discuss the date, but she never showed up because she lost her phone and no one was able to get in touch with her.

Don't worry, Derek isn't planning to emulate her exact phone troubles. Instead, he told Stephanie, "I'm going to do that next weekend just with airplane mode. I tend to do that on trips because I don't want distractions." Stephanie responded, "I bet you right now that never happens."

Then she explained why: "We're going to Napa Valley. He's obviously going to be all over his Instagram like, 'wine, mountains, valleys,' you know? There's no way he won't have his phone on." There's a loophole that Stephanie did not mention: Derek can still take photos and videos with his phone in airplane mode. Then he can just upload them to Instagram after the fact.

Even though Stephanie is betting on Derek folding with his pact to remain in airplane mode, she hasn't devised exact terms for their bet. Bachelorette alum Dean Unglert chimed in on the conversation to say, "I think whoever loses should have to visit that person in their prospective city. If you lose, you go to New York. If he loses, he comes back to Los Angeles." That sounds like a fair deal.

Thankfully for The Hills/Bachelor fans, Stephanie has been very open about her interactions with Derek on her podcast. Now, listeners just need to wait until the next Pratt Cast episode to hear about date number two. Or check into Instagram to see if Derek is really able to go phone-free all weekend.