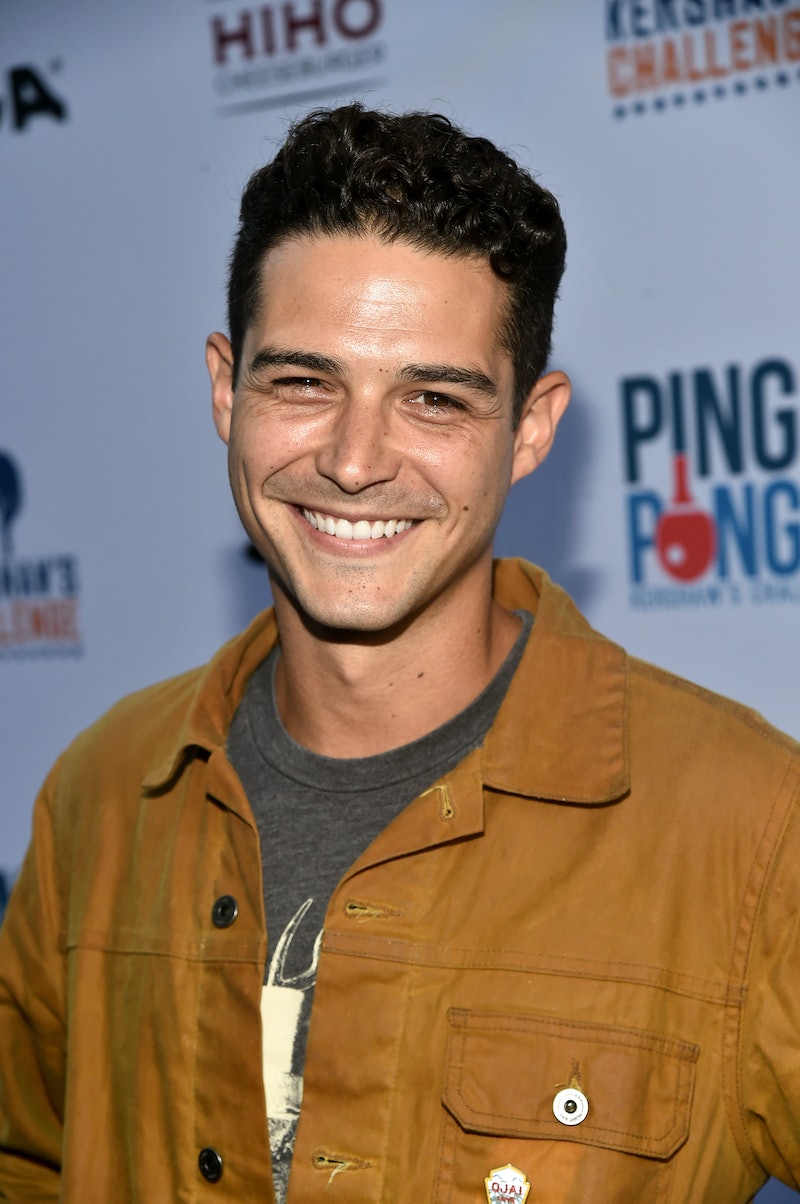 Reality TV fans, rejoice. There's an unexpected The Bachelor and The Hills crossover in the works — well, sort of. Wells Adams and Stephanie Pratt are joining forces for a new podcast, according to People. The first official episode of the podcast titled Pratt Cast debuts on Jan. 7, but People shared a preview of what the listeners can expect.

During the teaser, Pratt shared, "This show is completely no-holds barred." The Hills reboot premieres in 2019, so Pratt said, "We will be doing a lot of that." Until then, she revealed, "We will talk about anything, from whatever is on TV to what we got for Christmas." The hosts plan to have fellow The Hills cast members Jason Wahler and Spencer Pratt on as guests.

Since there will be a lot of Hills talk, Pratt jokingly warned, "Wells and I might end up fighting if he takes someone else’s side over mine!" The beauty of this pairing is that they really don't know what to expect when they record, since they met less than two months ago.

During the podcast preview, Adams admitted, "I was really surprised how easy it was." He explained, "For two people who just met, it was really natural. I think we’re going to be a really good duo." Pratt also elaborated on their newfound dynamic,

"I’m in la la land, but Wells keeps it real and tells me what’s going on in the world, while I’m in my bubble of reality TV."

Even though people know Adams from his time on The Bachelorette and Bachelor in Paradise, Pratt had no idea who he was. Needless to say, they will not be discussing The Bachelor on their podcast.

During the Nov. 5 episode of The Almost Famous Podcast With Ben & Ashley I, Ashley Iaconetti asked, "You're not going to talk Bachelor at all?" Adams confirmed, "No, not at all. There's enough Bachelor podcasts, guys." That is such an ironic statement to make during an interview on a Bachelor podcast, huh?

In contrast, Adams shared in the People preview of his new show,

"I am obviously a big fan of The Hills and of the Pratt family in general. I was talking about how excited I am and how excited my girlfriend is and she literally had no idea who I was!"

He already hosts the Your Favorite Thing With Wells & Brandi podcast with Brandi Cyrus. Is that one done for good? Or does this mean he will now host two podcasts?

"That is never-ending. Everyone needs a little positivity in the world. That show is only about our favorite things. This is going to be about my new favorite guilty pleasure though. I'm so excited about this show!"

Aside from sharing a glimpse at what to expect with People, both of the hosts posted about their upcoming show on social media. Pratt shared a promotional photo and how excited she is. Adams shared the same image and confirmed it will be "all about The Hills."

Fans of both The Bachelor franchise and The Hills live for twists and turns on those shows. Adams and Pratt coming together for this podcast may be something no one saw coming, but that doesn't mean they can't enjoy it.