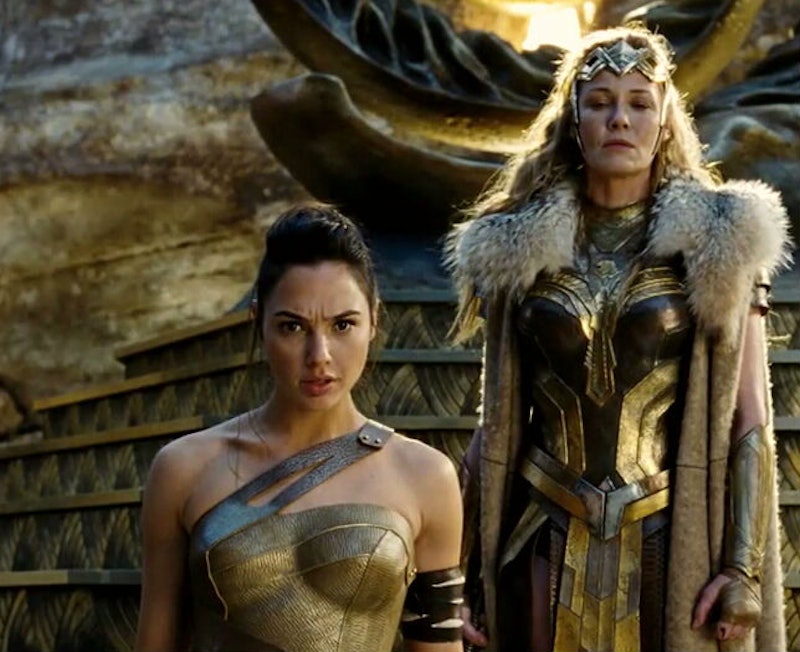 With the plethora of superhero movies over the last two decades, everyone now knows that the origin story is an essential part of any hero's mythos. Batman's parents were murdered, so he became a crimefighter. Ditto Spider-Man with the killing of his Uncle Ben. Superman is the last surviving son of his home planet Krypton. Yet Wonder Woman, who's arguably just as famous as any of them, does not have a backstory that's nearly as well-known — but that doesn't mean that Wonder Woman's origin story isn't incredibly intriguing.

Wonder Woman, or Princess Diana as she's also known, is a goddess, and I don't mean that figuratively. Her mother is Hippolyta, Queen of the Amazon race in Greek mythology, while her father is Zeus, the ruler of all the Greek gods. And while she has had a few different tellings of her origin story over the years, a few things remain constant: She is an Amazon warrior with a godly lineage. In the comics, her original origin story consisted of Hippolyta sculpting her out of clay before Goddess of Love Aphrodite breathed life into her, leaving her without a male father. This origin was later ret-conned in the comics to make Hippolyta and Zeus her biological parents the old-fashioned way, though she still retained her all-female upbringing on Themyscira, the home of the Amazons. The film Wonder Woman mixes the character's origin stories, showing Hippolyta carve Diana out of stone before Zeus brings her to life.

Diana is raised to be a warrior on Themyscira, and she only leaves after World War I (World War II in the comics) American fighter pilot Steve Trevor crash lands on the island. Diana offers to take him back to his homeland, and she sees the outside world for the first time. She adopts the alias Diana Prince, and once she witnesses the horrors of a world war, she fulfills her destiny as Wonder Woman in an attempt to stop it.

Thanks to her godly parentage, Diana has some serious superpowers. She's super strong, fast, and durable, making her a powerful hero without any assistance. However, she actually has loads of assistance thanks to the Amazonian artifacts she carries: An indestructible sword and shield, bullet-proof bracelets, and the lasso of truth — a glowing rope that forces any person it ensnares to comply and tell the truth.

Wonder Woman's origin story is pretty unique among superheroes, thanks to her origins as a deity, isolated upbringing, and the fact that her parents weren't killed. She's not driven to be a hero because she feels the need to right a personal wrong; she does it because she's capable and it's the right thing to do. And that makes her a hero that everyone should look up to.