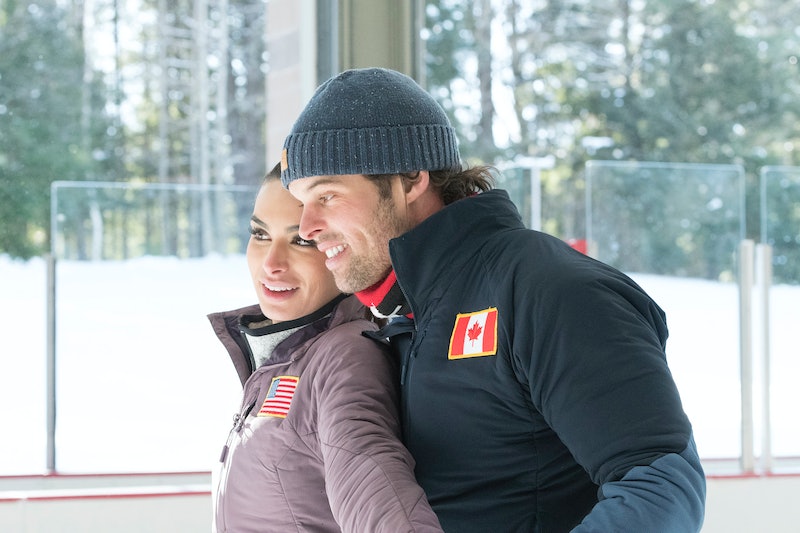 "Ashley I. is going to the Fantasy Suite," proclaimed the promo for the Bachelor Winter Games finale. Nation members know that this is relatively significant. However, it's unclear whether or not Ashley and Kevin had sex on Bachelor Winter Games, and that's more than OK.

“I know what everybody’s million dollar question is — have we or have we not? — but I will never, ever, say yes or no to that question,” Ashley told Us Weekly at The Bachelor Winter Games: World Tells All special taping. “Just because I’ve been public about it in the past, doesn’t mean that I can’t make something private once somebody else is associated in that topic of my life.” So not only did we not learn or see anything in the episode, but we aren't going to any time soon — which is obviously her right to keep it private.

In the same interview, Kevin talked about how while the Suite is associated with sex, that is not it's only purpose. "It was just important to be alone and get to know each other better,” he said. “Our sex life — or however we are now — has nothing to do with any coverage and I just wanted the Fantasy Suite to be about me and her finally getting alone and having some alone time to talk and have fun together.”

The promo also teased that Chris Harrison jumped at the chance to comment on whether or not his final couples looked different the next day. Kind of gross, but at least that comment didn't target Ashley alone. What happened in the Fantasy Suite is ultimately none of our business.

Ashley has always been open about being a virgin and talking about her virginity on television, and if she's not talking about it now that's cool as well. "Obviously I hope Chris is that guy," she said when she was first on The Bachelor. "But I need my opportunity, my time, to rise to the top ... He already knows my family is important. He knows a little about me. But let's just make sure he knows that I'm going to be a good time for the rest of his life,"

Her virginity then became a weird obsession for some on Bachelor In Paradise. "I'm the 'virgin that cries a lot,'" she said on the show. "And you know what? It's kind of rude. Why does that make me weak?" That cruel nickname honestly needs to go.

The two of them, Ashley and Kevin, actually had a refreshingly mature and honest conversation about it in a previous Winter Games episode. He wasn't weirded out by her choice, but totally understood and was open about his own feelings.

Ashley's journey to find love reached a major milestone just by finding Kevin. Remember how stoked JoJo was to see them together, and see Ashley so happy? What matters is that she seems to have found the right person.

So, yes, they took the Fantasy Suite card. Ashley said that she was ready to take the relationship to the next level. The camera closed on the curtains dramatically shutting. The next morning, they woke up next to each other and joked about "talking" all night. However, their lips were sealed. "My virginity has been discussed enough," Ashley said in the episode.

Honestly, what matters is that they're still together, not what they did in the Suite. "Everyone in the United States is rooting for Ashley to find love," Chris Harrison said in the finale, and she did! They aren't talking about their sex life on the show, but romance took the gold in Winter Games.