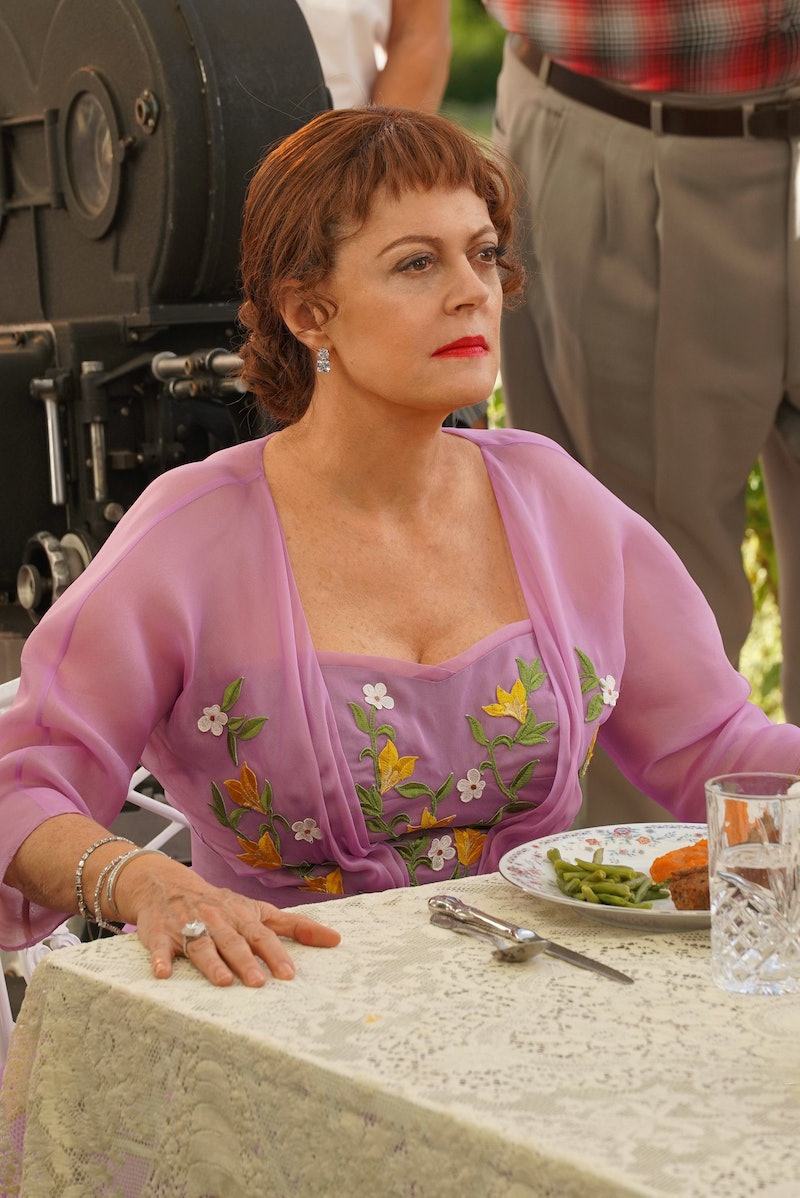 Rarely in Hollywood has there been a rivalry as potent and poisonous as the Feud between Bette Davis and Joan Crawford, which lasted for the better part of their lifetimes. Their feud, dramatized in FX's Feud: Betty and Joan, was so strong, that apparently Bette Davis' distaste of Crawford also extended to other actresses who played Crawford in films. A feud between Bette Davis and Faye Dunaway never materialized in the same way that Davis and Crawford's decade-long vendetta, but that didn't stop Davis from taking a few personal shots at the acclaimed actress.

Bette Davis was no stranger to throwing very public shade at other celebrities and former co-workers of her own, but what is striking about her comments about Faye Dunaway is that they actually aren't directly related to Joan Crawford. Dunaway famously played Joan Crawford in Mommie Dearest (in which she delivered one of the most memorable line deliveries in cinematic history), but Davis' experience with Dunaway comes from the obscure 1976 television movie The Disappearance of Aimee. Davis and Dunaway's participation in the film is a footnote, at best, in their respective careers, but Davis walked away from the production with a deep dissatisfaction for Dunaway that she publicly expressed during a visit to The Tonight Show Starring Johnny Carson.

When asked "Who's one of the worst people you know in Hollywood?" by Johnny Carson in a 1988 interview, the year before Davis passed away at the age of 81, Davis immediately stated "Faye Dunaway and everybody you can put in this chair would tell you exactly the same thing." When asked for further elaboration, Davis explained that "I don't think we have the time to go into all the reasons — she's just uncooperative. Miss Dunaway is for Miss Dunaway."

While Davis never mentions the connection between Dunaway and Crawford, two fellow actresses she had little patience for, she mentioned that during the long hours that she and other actors and crew would be waiting for Dunaway to be ready on the set of The Disappearance of Aimee, Davis would entertain others with her rendition of "I've Written A Letter To Daddy," a song she performs in What Ever Happened To Baby Jane?, Davis' only film with Crawford. It could be wholly unrelated, but when dealing with someone as wise and witty as Davis, it could be a subtle jab at possible similarities between her one-time co-stars Dunaway and Crawford.

Dunaway never fired back at Davis before Davis passed away, but revealed some of her thoughts towards Davis in her 1995 autobiography Looking For Gatsby. She wrote, "I was silent too long about ... Bette Davis. I didn't want to get into fights in the press and I think that silence contributed to the image problems." It seems that Dunaway made an intentional choice not to speak out against Davis, and that she regrets not standing up for herself. However it's probably best for Dunaway that she and Davis never got into it while she was alive — because her feud with Crawford proved that Davis would stop at nothing to end up on top.