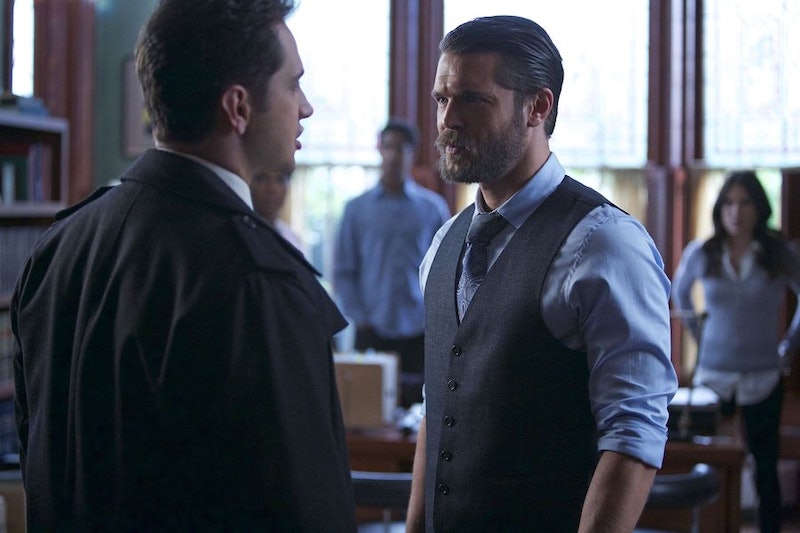 One of the Keating Five is dead, but who is responsible for making Wes into barbecue, as Connor so tactfully said in the winter premiere? Frank kind of sort of admitted to the murder, but I’m not so sure about this one. Did Frank kill Wes on How To Get Away With Murder? I don’t buy it, and here’s why.

Frank and Laurel were a thing on the first two-and-a-half seasons of How To Get Away With Murder, but after Frank admitted that he was involved in the car accident that killed Annalise’s baby, he bailed and went into hiding (truth be told, I would hide from Annalise, too). This made holding a relationship together quite difficult, and Laurel started up a thing with Wes, much to my dismay. Yeah, I am not a Wesel 'shipper here. Anyway, Frank is a hit man, and everyone pretty much assumes he’s responsible for all of the deaths that happen on How To Get Away With Murder. They’re mostly right about that, but when Frank went to visit Laurel in the hospital after Wes’ death, Laurel said that she knew Frank killed him, she never loved Frank as much as she loved Wes, and that Frank was a bad person. Rough day for Frank, huh? Kicking a man when he's already down.

That’s why I think Frank is taking responsibility for Wes’ murder. Frank isn’t jealous of the relationship between Wes and Laurel — Frank actually loves Laurel so much that he’ll do anything to make her happy, and though saying he killed Wes can’t bring Wes back to life, it will close the door and give her someone to blame for it. The uncertainty of not knowing who killed your lover is worse than having to grieve him but also having person to blame for it. Frank didn’t kill Wes — he’s saying he did because he thinks he’s irredeemable, and he really just wants to save Laurel’s already broken heart.

More like this
Shonda Rhimes Responded To The Surprise Exit Of A Day 1 'Grey's Anatomy' Figure
By Grace Wehniainen
Here’s What Happens To Bill & Frank In 'The Last Of Us' Video Game
By Brad Witter
This 'One Tree Hill' Wardrobe Error Is Going Viral On TikTok
By Brad Witter
Keyla Monterroso Mejia Is Finally The Star Of The Show
By Gabrielle Bondi
Get Even More From Bustle — Sign Up For The Newsletter
From hair trends to relationship advice, our daily newsletter has everything you need to sound like a person who’s on TikTok, even if you aren’t.