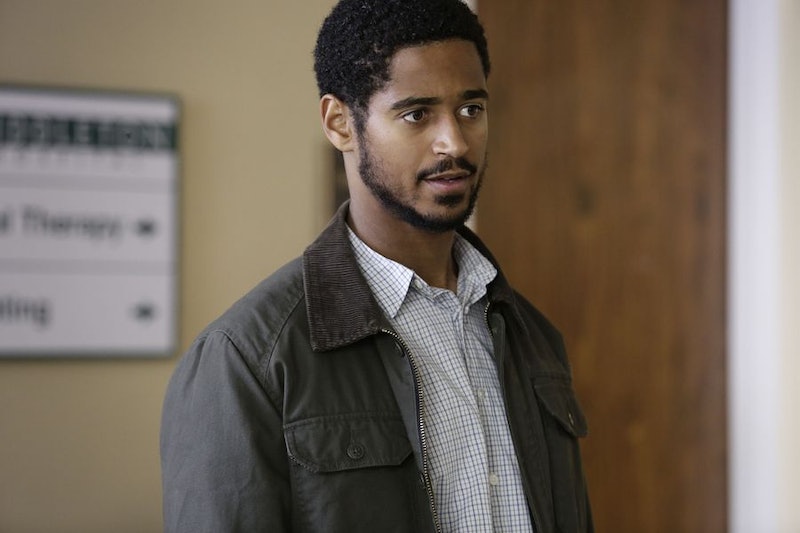 As ABC's T.G.I.T. lineup gears up for its long-awaited return this Thursday night, the question on the mind of many a Shondaland fan is: Who killed Wes on How To Get Away With Murder? Granted, we don't even know how he died yet; we only know that his singed body was found in Annalise's house after the fire was put out, but that he was probably dead before the fire started. But given that "the puppy" has been one of HTGAWM's most stalwart characters since its inception, fans are going to need to know who offed him… and soon. Unfortunately, the list of suspects is just about as long as the list of characters on the show itself.

Given the show's twisty nature, the only names we can definitively cross off the list belong to the dead: no, Rebecca didn't return from the grave to axe her former lover, nor did Sam rise again to exact vengeance on his killer. But I'm also willing to take a chance and cross a few more names off the list as well: Michaela (because she was dealing with her mom at the time), Asher (because he was drunk as a skunk that night), Oliver (because he's too nice), and Eve (because why?).

But that still leaves us with a very long roster of potential killers. Here are 10 characters who might have done the deed:

Perhaps Annalise's gut-wrenching cry at seeing Wes' dead body wasn't an expression of pure shock and grief — but rather an expression of guilt she felt over murdering her protégé and surrogate son. It's hard to imagine Annalise killing Wes on purpose, given how much she cares for him; but there are admittedly a lot of complicated emotions between them, and it's not out of the realm of possibility that an argument got out of hand and Wes accidentally wound up dead.

She's killed before in order to protect her beloved Annalise. Who's to say she wouldn't do it again? If she thought that Wes was a legitimate threat to Annalise and was going to testify against her, there's absolutely nothing that Bonnie wouldn't do to protect her. However, the biggest argument against her is the same: she's killed before… so this reveal would feel a bit redundant.

Since Frank framed Charles for the murder of his own father, Wallace, in order to get the NYPD off of Wes' scent, this rich scumbag would have every reason to want Wes dead. Whether it was Charles himself, or his mother, or someone either of them hired to do the dirty dead, don't be surprised if the Mahoney family turns out to be mixed up in this business.

At this point, Connor has just about had it with the shenanigans of the Keating Five. Could the continued legal and ethical and murderous complications Annalise and Wes keep drawing him into have finally led the fan-favorite character to snap? He did tell Wes that if he ever mentioned Connor's name to the cops, he'd kill him. Was that a red herring… or an admission of future guilt?

It's no secret that Frank is in a fragile place right now. Yes, he just helped Wes by framing Charles Mahoney for Wallace's murder, so it doesn't quite make sense that he would immediately turn around and murder Wes himself. But someone in as desperate a place as Frank could be capable of just about anything. After all, while Frank was on the run, Wes essentially usurped his position in the lives of both Annalise and Laurel.

Speaking of Laurel… I can't think of a motive that she would have for murdering her likely baby daddy — but of course, that could be exactly why the writers choose her, for maximum shock factor. After all, Laurel is the only other person we already know was in Annalise's house when the fire broke out. Could her victim act after being rescued from the fire be covering for her guilt?

If it wasn't one of the women in Wes' life, perhaps it was another. After all, he broke up with Meggy pretty suddenly and then almost immediately slept with Laurel. That could make just about anyone fly into a jealous rage. Having the solution to the mystery be a vindictive lover would feel a little anticlimactic (not to mention reductive); but Meggy is such a new character — what do we really know about her? — that her involvement wouldn't come as too much of a surprise.

Besides Laurel and Wes, we only saw one other person around Annalise's house that fateful night: Nate. He was seen entering the building sometime before the explosion… which he obviously wasn't around for, since he was completely unharmed later. What was he doing in the meantime? Perhaps murdering Wes to keep him from testifying against his on-again-off-again lover, Annalise?

This ambitious ADA has been gunning for Annalise all season. She even hired Nate (and slept with him) in attempt to get inside information on the professor. When Nate dumped her and quit after he learned the truth and Wes bailed on testifying against Annalise in the course of the same eventful night, what murderous lengths might she have been driven to? Like Meggy, Atwood is a new character this season, which means we still have a lot to learn about what she's capable of.

It would be the ultimate twist: nobody killed Wes… because he killed himself. While the characters spend the rest of the season trying to discover his murderer and growing increasingly paranoid and accusing each other of the crime, the truth turns out to be shockingly simple. Wes took his own life (for reasons we don't know yet), and the fact that an unrelated fire broke out around the same time simply made it appear as though he had been murdered. It may be a stretch to imagine "the puppy" offing himself, but I wouldn't put this kind of gotcha-twist past the writers for one second.

So who did the deed? Hopefully we won't have to wait too long to find out after How To Get Away With Murder returns this Thursday.